Waste pickers should be seen as essential workers 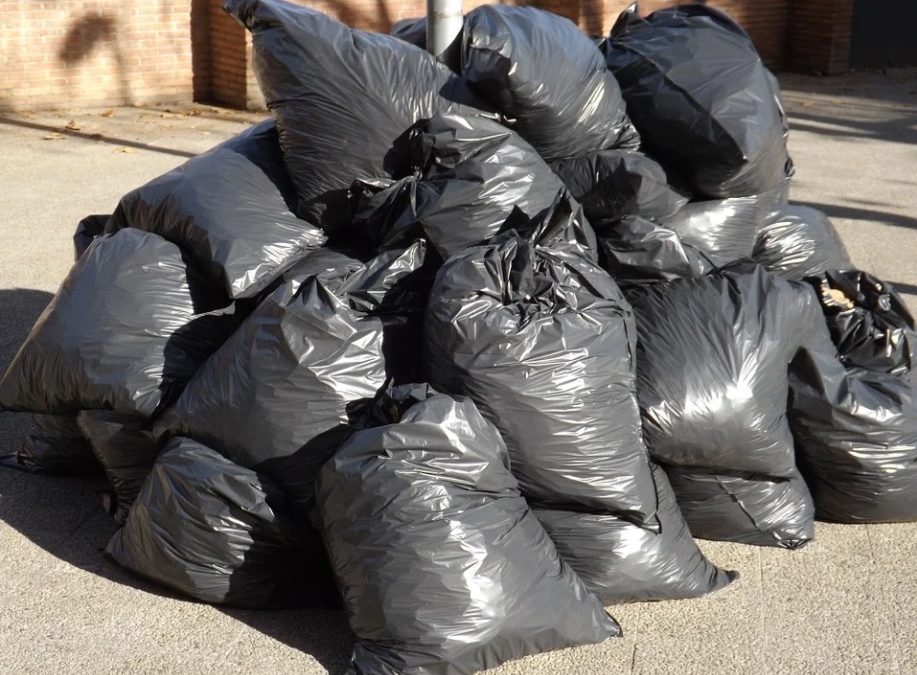 Waste pickers are everywhere and invisible at the same time. These efficient environmental workers operate on the margins of society. Despite being at the core of waste-management processes across the globe, as recycling is one of the most economic and efficient ways of reducing greenhouse emissions, they are often ill treated, and even criminalised, by the public and authorities alike.

Eva Mokoena, 36, speaking at the Averda landfill in Selby, says it took some convincing for members of her community to respect her as a waste picker. The chairperson of the African Reclaimers Organisation (Aro), she says that “at first when they saw [me] collecting and going inside their bins, collecting waste, they were like, ‘Are you mad? Why are you doing this?’”

Mokoena has been a reclaimer for decades. She started at around the age of 11 and has, since she was 17, assumed a number of leadership positions. Aro, the organisation she currently leads, recently received an award from the World Wildlife Fund for playing a pivotal role in recycling.

Once she explained to Johannesburg residents that she was going through their trash looking for recyclable material, perspectives changed, she says. People started to separate the waste into recyclable and non-recyclable categories themselves, saving her and other recyclers time.

Despite this positive change in mindset, Mokoena says some people still view them in a bad light. “Even here in the suburbs, whether you go inside the bin or not, it does not matter because you are a nobody to them,” she says.

This should not be the case because “there is less dirt because of the work that we do”, says Mokoena.

Kopano Mokoena, 38, has been a reclaimer for more than six years. He echoes Eva’s sentiment about the public’s attitude towards them and the work they do. He says the public thinks of reclaimers as drug addicts who should not be in the streets going through trash and trying to survive.

“When you do this kind of work, people call you names and look down on you,” says Kopano.

It is not just South African reclaimers who face these problems. “Waste pickers are not in any way recognised by the state or the private sector in Kenya,” says Elly Ogola of Kibera Waste Pickers in Nairobi.

Ogola adds that “waste pickers are perceived to be uneducated and less fortunate [members of] society, [even] though waste picking is just like any other job with a goal of raising income”.

The situation is not different for waste pickers in Lagos. Oku Friday, of the National Union of Scrap and Waste Workers of Nigeria, says, “Waste pickers in Lagos are the most suffering and intimidated set of informal workers. [They are abused and even arrested and detained] by law enforcement and government officials.”

The Covid-19 pandemic further complicated matters in Nigeria’s biggest city. Informal waste pickers were banned from operating, says Friday. But reclaimers organised and linked up with other bodies and forced the government to engage with them at last. These workers want to operate without harassment. They also want to be formally incorporated into the city’s waste-management system.

Eva says that the situation is worse for women reclaimers. “Some of the men treat us like we are nothing. We are being bullied. [Men] make us feel like we are nobodies, forgetting that we have the same strength [as them] because we are doing the same job,” she says.

She adds that, for “women waking up at 3am [and having to walk] alone” safety is a big issue. They risk being raped, robbed or both everytime they set off to do their work.

What is worse, “in the landfills, even in the streets, there are no toilets. If you want to pee, you have to cover yourself with a big plastic bag,” says Eva.

While reclaimers offer society a public service, they operate outside of the public sector. A majority of reclaimers are just ordinary people who work on their own to earn a living. Climate subsidies are also not directed towards them.

Across the world, waste pickers are proving that they are essential workers. They are also in the frontline in the fight against rampant pollution and, by extension, climate change.  Standing in their way is not just discrimination but privatisation and a lack of political will from governments to integrate them into formal waste-management systems. Waste pickers remain outside municipalities’ remuneration frameworks.

In April 2021, for example, the City of Johannesburg wanted to impose a recycling tariff on residences. Aro opposed this because reclaimers who do 90% of the city’s recycling were not going to get a cent from it. With the support of residents, Aro triumphed and the city had to scrap the proposed tariff.

Despite this, reclaimers are yet to be incorporated into the city’s waste-management programme. “In our local municipalities there is a lot of corruption. When tenders are coming, especially when it comes to waste, you will find that we as reclaimers do not benefit anything. But some of the people who do not even know how to work with waste are the ones benefiting,” says Eva.

“The river is for the fisherman, as the recyclables are for the waste picker. If the fisherman loses access to the river or sea, they lose everything. If a waste picker loses access to the recyclables, they lose everything,” says Federico Parra, of Women in Informal Employment: Globalizing and Organizing (Wiego) and an organiser of waste reclaimers in Bogota, Colombia.

Real access to recyclables is the universal struggle for waste pickers across the world. Particularly landfill space – where they can gain access and sort the waste before selling it. Privatisation is at the core of this problem, says Parra.

The government of Colombia, in the early 2000s, passed a series of laws that were anti-waste pickers. Recyclable material became the property of the private sector. Reclaimers were barred from collecting waste in cities with more than 8 000 people.

Waste pickers organised and challenged the laws all the way to the Constitutional Court of Colombia. In 2003, the court found in favour of waste pickers, ruling that waste picking was an occupation that needed to be integrated into cities’ waste-management systems.

While the situation is far from being ideal, this was still an important stride towards improving the plight of waste pickers in Colombia, Parra says.

In South Africa, the situation is no different.

In 2018, reclaimers were evicted from the Genesis landfill in Johannesburg by the Red Ants, a notorious company that specialises in evictions and removals. Averda, a waste-management and recycling company with headquarters in Dubai, had secured an interdict, on ex parte basis, in a decision granted without giving the respondents (the reclaimers, in this case) a chance to seek legal representation and respond.

Averda secured ownership of the Genesis landfill in 2016. They argued for the right to be the only ones on the site “because they owned the space”. To further justify their position, they told the court that there was violence among reclaimers on the site. The company argued that this posed a danger to their employees.

With help from Wiego and the Socio-Economic Rights Institute, reclaimers were able to challenge this order. When the Johannesburg high court heard the case, it was revealed that Averda had not disclosed all the facts as required by law in ex parte applications.

The court reversed the interdict on the basis that Averda omitted material facts. The court further indicated that it would have reached a different conclusion had it been aware that the reclaimers had been working in the landfill for over 17 years. Over 30 reclaimers had access cards, and Averda was aware of their presence in the landfill, but they concealed this information.

Reclaimers across the world have solutions to their immediate problems. Those in power need to listen and take their concerns seriously. Access to the market and recognition are among essential things governments need to implement, Friday says.

“The government needs to give us space. We do not need the money. If the government can give us sorting space and transport, we [would be] settled. We can do everything on our own,” says Eva.

Ogola agrees, saying that “the government should set aside a common ground for waste pickers to dispose of the waste collected and also to do their sorting and work without interference”.

More than anything, reclaimers demand respect from all sections of society.

“All the communities and individuals who have reclaimers that are working in their spaces, suburbs and even the location, just take time and talk to the person. Know your reclaimer – we are not strangers, we are not thugs, we are just human beings making a living,” says Eva.