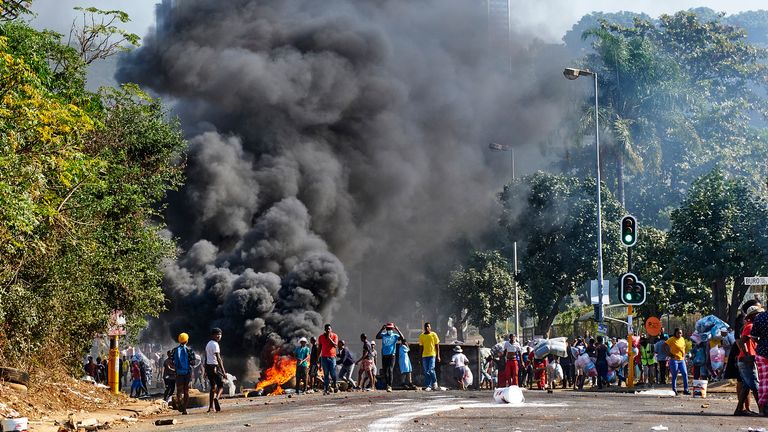 “Factories will not be able to produce, resulting in food shortages, which will affect the most vulnerable and poor most,” CGCSA said in a statement.

The protests, initially linked to calls for the release of Jacob Zuma from prison, started in KwaZulu-Natal and have since spread to other areas such as Johannesburg. CGCSA condemned the looting and violence that have occurred saying that “such acts of wanton criminality have no place in democratic South Africa”.

“Looters are targeting retail shops, including liquor stores, and have stolen merchandise which includes food stuffs, electrical products and clothing … The loss to retailers, including the cost of damage to property and delivery vehicles, runs into millions of rands and has already severely affected their operations. The potential impact on business viability and job security is also a serious cause for concern,” the organisation said.

It also expressed concern that small retailers and independents are also being targeted. “Where will people in townships get food when everything is destroyed?”

CGCSA said the right to peaceful protest is a constitutional right, “but when it degenerates into violence, destruction of property and disruption of business, it should be firmly dealt with by the law enforcement agencies”.

In this regard, it welcomed the condemnation of the violence by President Ramaphosa, and the decision by the government to deploy the South Africa National Defence Force in the affected areas to assist the police and other law enforcement agencies. “This will send a clear message that lawlessness will not be tolerated, neither will be any attempt to disrupt economic and social life through violence and looting,” CGCSA said.

It added that the disruption to business activity and destruction of commercial property could further delay the recovery of the economy from successive lockdown restrictions and also affect the already fragile investor and business confidence.

“The fact that the government has extended the lockdown for another 14 days, with liquor sales remaining banned, is not helping the situation and will worsen the financial crisis facing liquor retailers and those in the value chain. Furthermore, the disruption to and closure of key transport routes can potentially affect the supply chain of retail products which could, in turn, create shortages of basic commodities throughout the country,” the council said.