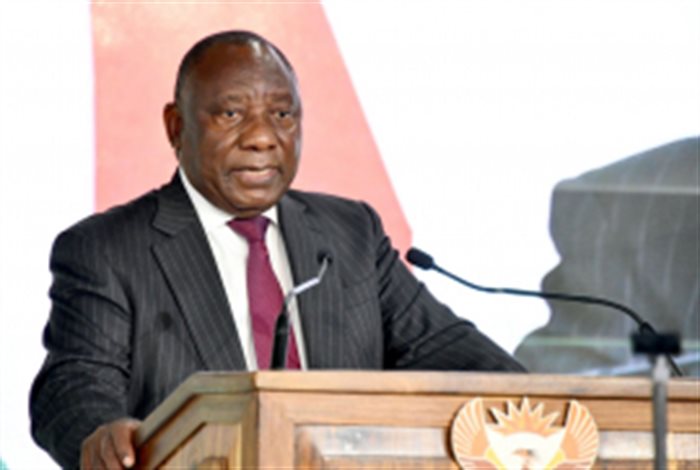 In an effort to boost economic growth and facilitate the creation of more employment opportunities, President Cyril Ramaphosa committed to raising more than R1.2 trillion in investments for South Africa over five years. This initiative culminated in the launch of the South African Investment Conference (SAIC), which now spearheads the government’s investment drive.

Since its launch in 2018, SAIC has hosted three consecutive annual investment conferences, but the Covid-19 pandemic caused a postponement in 2021. To date SAIC has gathered a combined R774 billion worth of investment pledges — 64% of the President’s target — spread across a range of economic sectors including, mining, manufacturing, agriculture and the digital economy.

It’s a considerable achievement, considering the several challenges facing the local and global economy. To this end, the fourth investment conference scheduled in Sandton, Johannesburg on 24 March 2022 will mark the President’s next leg of his ambitious programme to raise R426 billion over the next two years — the remaining 36% of his R1.2 trillion target.

In the challenging economic environment, it is encouraging that green shoots are slowly emerging in the local economy. The gradual but steady realignment of supply chains across the globe that were disrupted at the height of the pandemic is certain to add momentum to its recovery. The evidence suggests that South Africa is creating an attractive platform on which to do business by focusing on economic growth and the rapid introduction of economic reforms, including the improving regulatory environment.

The Economic Reconstruction and Recovery Plan provides a great opportunity for South Africa to train a new crop of black industrialists, including women and youth entrepreneurs, who have long been consigned to the periphery of productive sectors of the economy.

As the Economic Reconstruction and Recovery Plan — government’s economic blueprint, unveiled by President Ramaphosa in 2020 — begins to take root, there is a sense of optimism that the various infrastructure development projects such as construction of bulk water infrastructure, construction of new road networks, energy capacity expansion plans and the improvement of port infrastructure, among others, present great opportunities for sustainable as well as inclusive growth.

This also provides a great opportunity for South Africa to train a new crop of black industrialists, including women and youth entrepreneurs, who have long been consigned to the periphery of productive sectors of the economy. In addition, the planned auction of spectrum which is now closer to reality will usher in a new technology and competitive pricing regime in South Africa’s telecoms landscape. Other than increased access to broadband, it is anticipated that communication costs will come down, enabling a competitive positioning of our economy.

Speaking at a recent briefing in Pretoria, at which he outlined preparations for the fourth edition of the SAIC, Minister of Trade, Industry and Competition Ebrahim Patel disclosed that a significant number of projects and pledges announced during the inaugural SAIC conference in 2018 were at an advanced stage.

“Of the 152 investment pledges announced during the previous three consecutive conferences, 45 projects have since been completed; or where it involves new machinery or equipment, these have been procured and installed; or that production has started,” said Patel.

A further 57 projects are currently under construction; 15 projects are either progressing slowly or have been put on hold due to the impact of the pandemic or other economic factors. As of February 2022, firms that completed their reporting to InvestSA — an agency in the Department of Trade, Industry and Competition (DTIC) that has been closely monitoring the implementation and commissioning of these projects — advised government that R314 billion (40.6%) of the committed investment pledges had been expended.

Of the 152 investment pledges announced during the previous three consecutive conferences, 45 projects have since been completed; or where it involves new machinery or equipment, these have been procured and installed; or that production has started.

The completed projects include a R3.4 billion manufacturing plant launched by  Johannesburg Stock Exchange (JSE) listed pharmaceutical giant Aspen in October last year to produce Covid-19 vaccines and an anaesthetic trading as Diprivan, in Gheberha, Eastern Cape.  Another flagship project emanating from SAIC pledges is JSE listed paper and packaging manufacturer SAPPI, which is expanding its pulp production capacity to almost 900 000 tonnes per year at its Saiccor Mill, in KwaZulu-Natal. This investment is worth R7 billion.

Automotive group Mercedes-Benz injected R10 billion on factory upgrades at three of its local facilities, enabling the automotive manufacturer to build its new C-Class model and  strengthen its local supply chain. The new C-Class is now being exported to more than 100 countries globally, boosting the country’s foreign exchange earnings. Telecoms giant Vodacom — which during SAIC’s launch pledged a R50 billion investment on fixed and mobile networks over a five-year period — says it has injected R47 billion into its network.

Mining group Anglo American, which pledged to invest R100 billion in its local business over a five-year period, has made significant progress towards converting its open cast Venetia diamond mine in Limpopo to underground mining. Easing of regulations in the energy sector has set the mining group on a solid course to build solar farms, which will be used to generate and supply power for Anglo’s operations in South Africa and in neighbouring countries.

The government will also use this conference to highlight the opportunities and potential trade and economic benefits that the continent stands to gain from an accelerated adoption of the African Continental Free Trade Area (AfCFTA). By any measure, AfCFTA is the largest free trade area in the world, given the number of signatory and participating countries. In addition, Africa offers investors access to a market of more than one billion people with a gross domestic product that exceeds $2.6 trillion. Through AfCFTA, historic trade barriers are coming down, and soon economic activities will be conducted seamlessly across the entire continent.