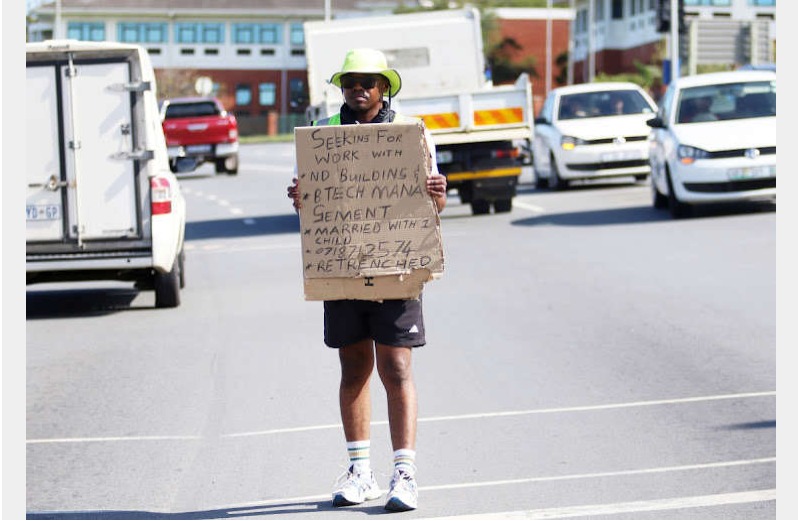 A report released by the department of social development shows that 68% of people who applied for the social relief of distress grant (SRD) have matric or a higher qualification in the form of a diploma or a degree. At least 61.3% of them are between the ages of 20 and 34. The report studied the period between May and November 2020,  when applications first opened as the results of Covid-19.
This comes as Stats SA  this week revealed the unemployment rate had increased to 34.9% in the country in the third quarter of 2021 – the highest since the start of the Quarterly Labour Force Survey in 2008.

The department of social development report showed that youth made up the majority of the 9.5-million South Africans who applied for the grant during that period and that successful applicants bought food with the R350, adding that electricity was further down the list.

Economists said the economy did not cater for people entering the job market.

Justice Busi Sibeko from the Institute for Economic Justice said what emerged from the two reports was the grim reality that the SA economy was not generating jobs despite the demand for labour.

“The economy is a critical hindrance to people being able to have employment. Even if there’s skill, they are unable to get jobs. The problem of the economy is that the structure has not changed over time. It’s not necessarily Covid-19 but the pandemic exacerbated the unemployment issues.

“We need a shift and to rethink market, the social policy and rethink our economy, what it produces, who produces, where the demand is and the skills needed,” she said.

With calls mounting for a basic income grant and for government to make an announcement in February, Sibeko said the July unrest told of the levels of poverty experienced by all South Africans.

“It’s critical that whatever decision being made about basic income grant, it must be coupled with macroeconomic changes,” she said.

University of Fort Hare professor and business management department head Willie Chinyamurindi said the challenge of unemployment was a prevailing one, even prior to Covid-19, and added he was additionally concerned about the post-pandemic reality.

“Jobs have been lost because of the pandemic. We’re not growing the economy and these figures come as no surprise. In terms of the SRD, we’ve got a huge social relief package that’s there but you’ve got so many people chasing few rands, and the amount of money makes no qualitative difference to the lives of the people. We need to grow the economy.

Chinyamurindi added that the high levels of graduates seeking social relief showed the disparities and glaring inequality. “It also shows and makes a call for us to find creative ways to use the skills in the country. A twofold balance, the necessity for skills and a growing economy. State support through the SRD grants will not solve the challenge,” he said.

Senior economics lecturer at Wits  University Lumkile Mondi said unemployment was structural in SA, adding there was a huge skills shortage among blacks.

“There’s a huge skills shortage among black South Africans because the apartheid system meant a [large] number of blacks had access to very poor education coupled with poverty.”

“There is a skills mismatch in the labour market and white people with access to better education and more resources than blacks, continue to perform exceptionally well. The levels of unemployment among whites remains the lowest.”

Mondi added that job-creation in SA was slim and young people needed to consider migration to access jobs. “Even tourism is moving towards high-value services and those entering the sector need to be knowledgeable when it comes to botany and animal studies.

“These figures also mean that the younger generation might need to look at the possibilities about migration. They need to go to areas where there’s opportunity as we’re seeing elsewhere in Africa,” he said.