Unemployed teachers say there is no shortage of teachers; jobs are not advertised 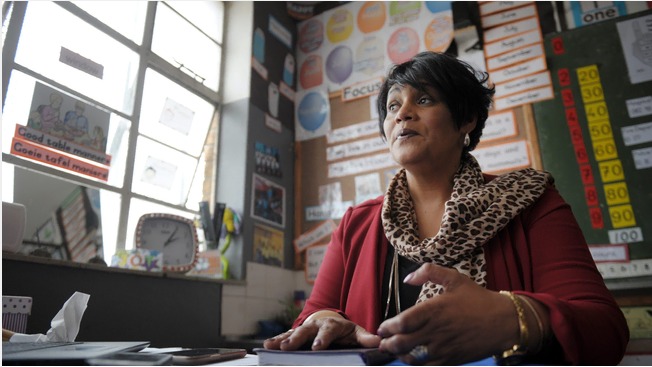 Frustrated unemployed teachers have raised concern over claims of the shortage of teachers in schools. They allege that there is no shortage but the issue is with the discriminatory recruitment process in the education sector.

However, a concerned teacher with more than 18 years in the profession who declined to be named, said experienced teachers needed work.

“There is no teacher shortage and it does not appear to be possible that there ever will be…The reality is that there are not enough posts available for the large number of unemployed teachers seeking positions, yet there are schools operating with 50-60 learners in one class,” she said.

The teacher, who claims to be on multiple teacher vacancy groups on social media, said many experienced teachers like her have been seeking employment.

This statement was supported by education activist Hendrick Makaneta who said schools were receiving calls daily from unemployed teachers.

Makaneta said: “Every year there are graduates from different institutions of higher learning who wish to enter the teaching fraternity. Circulars for posts are issued once in a while. This year the DBE is yet to issue a vacancy circular for teaching posts.

In response to this, DBE spokesperson Elijah Mhlongo disputed this, saying there is a shortage of teachers in specific areas that include mathematics, science, technology, and African languages.

“There is an oversupply of teachers in other areas,” he said.

“There is a current and future shortage. This is based on the natural attrition vs the teachers being trained. That is not to say that posts are being advertised regularly,” he said.

Manuel explained that most teachers are employed on a contract and due to the Labour Relations Amendments, after three months they are made permanent staffers.

“This is how most level 1 posts are filled. It is certainly open to abuse and excludes those not in the system. However new teachers are given preference for appointments,” said Manuel.

Another issue raised by these concerned unemployed teachers was the role of Teachers Assistants.

It is alleged that posts are no longer advertised. Teachers Assistants, some qualified and others who are not, are often given first preference when available vacancies open.

“The understanding was that only unemployed youth who were not studying were supposed to be considered for these positions. However, there are many qualified teachers, as well as students studying education in these positions. Thus, when vacancies arise, these EA’s are falling into these positions, while those teachers seeking employment for years are not even aware of the opportunity.”

Mhlanga said: “That’s a misunderstanding; education assistants are not teachers and they do not take the job of teachers instead they support teachers already there. Assistants are paid stipends of R3 700 a month and their contracts are short term, five months at most.

“Schools are now finalising their enrolment statistics. Once the enrolment stats are finalised, teacher posts will be advertised and unemployed teachers will get a chance to fill in those vacancies,” he concluded.