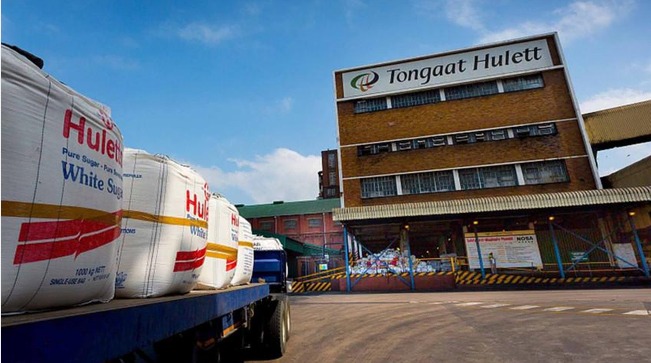 TONGAAT Hulett plans a rights offer of at least R2 billion, partially underwritten by shareholder and strategic partner Magister Investments, to put the sugar and property group on a sustainable trajectory through its turnaround process.

The amount of equity capital to be raised and the pricing of the rights offer was yet to be determined, but was expected to allow Tongaat to reduce debt to sustainable levels, a statement from the company said yesterday.

Tongaat, which produces some 43 percent of South Africa’s sugar, said yesterday that the funds would be used to sustainably reposition the group and help secure the future of its about 29 000 (at peak harvest season) employees in South Africa, Zimbabwe, Mozambique and Botswana.

The company has been the subject of a turnaround strategy over the past two and a half years, repositioning it by improving governance and operational efficiency, reducing debt, and driving cash flow.

During this time, Tongaat has already managed to reduce debt by 42 percent through asset disposals, better cash flow management and cost reductions.

“A large rights offer, incorporating Magister’s underwriting commitment, is a key step to secure the future of Tongaat Hulett. We look forward to it contributing to a market value of the company, which is more reflective of the underlying value of the group’s various components,” said chief executive Gavin Hudson.

He said the rights offer represented a “once off” opportunity to reduce debt significantly and advance the goal of creating a sustainable capital structure, unlocking value, and making Tongaat an attractive investment option.

“We believe keeping the group intact provides the most compelling value proposition for all our stakeholders. Through the proposed re-capitalisation, the group retains exposure to strong, well-invested sugar businesses in Zimbabwe, Botswana and Mozambique, and continued gains under the Sugar Master Plan for our recovering SA business,” he said.

Tongaat’s strategy aimed to deliver cost leadership as a sugar producer, predominantly focused on South Africa, Zimbabwe and Mozambique, and to capitalise on its sizeable portfolio of commercial properties.

The potential for property disposals to further reduce debt was being explored, as was the potential for co-investment with developers to create sustainable revenue sources.

The timing to complete the proposed equity raise is dependent on when shareholder, lender and regulatory approvals were obtained, but was expected to be in the first quarter of the 2022 calendar year.

Magister is an investment holding company in Mauritius and focuses on long-term investments in agriculture, logistics and other sectors across Southern Africa.

Tongaat said Magister would add impetus to Tongaat’s turnaround strategy and advance the objective of creating value for shareholders and Tongaat’s other diverse stakeholders.