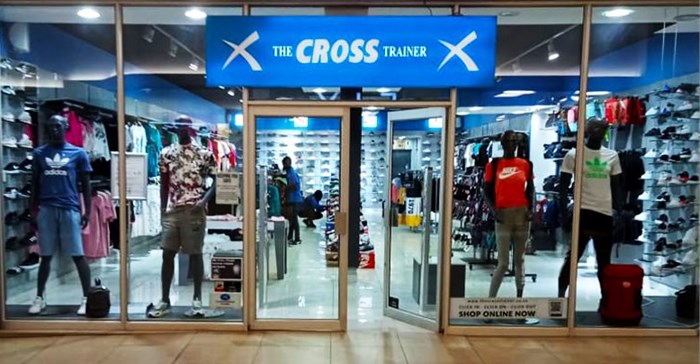 Sportswear retailer, The Cross Trainer, has stated its commitment to grow its store footprint in new areas in the country, stimulate job creation, and increase the number of collaborations with local designers. This is despite the retail chain having suffered significant losses during the civil unrest and looting that gripped South Africa in July.

The Cross Trainer recently reopened two of its biggest stores, the Chris Hani and Jabulani branches, which form part of a total of six stores that were negatively affected by the riots and were shut down for roughly two months. This closure adversely impacted the company’s bottom line and turnover.

“About 50 employees were left concerned about their jobs, however, despite the losses we endured, we swiftly provisioned for affected staff members. We absorbed them into alternative stores and placed them in other roles within our warehouses,” said Mark Frame, CEO of The Cross Trainer.

According to the National Treasury briefing report, over 200 shopping malls were targeted, and 1,787 retail stores were impacted and damaged during the riots.

Frame said that as one of the biggest employers within the retail sector, they must protect their employees. While The Cross Trainer did not have a contingency plan for July’s crisis, the company understood their employees’ livelihoods were at stake and moved quickly to shield them from becoming another statistic in South Africa’s high unemployment rate.

“With the unemployment rate, according to Statistics South Africa (StatsSA) sitting at a record high of 34.4%, The Cross Trainer aims to rebuild the rest of our stores and continue to help the community with the employment crisis, by opening more stores and employing even more people,” said chief marketing officer, Nick Rheeder.

“The Cross Trainer currently has 162 stores nationwide, which employs about 1,300 people. We have also recently introduced our new XT summer collection, an affordable athleisure range, which is locally designed and manufactured in South Africa. Sold online and in 61 stores nationwide, the brand has achieved its goals in uplifting local communities and in empowering specifically female designers and owned businesses, which in turn provides further employment opportunities,” continued Rheeder.

Frame added, “If we are to make a dent in the unemployment rate or actively address the socio-economic issues that many South Africans face, companies cannot solely focus on profits at the cost of employees.

“While disruptions such as the recent riots, the current pandemic and worldwide economic instability trends pose a real danger to organisations’ functionality and bottom lines, an inclusive mindset must be adopted when drafting future strategies and at the centre of those plans must be people. As The Cross Trainer, we will always put our people first.”