The Basic Income Grant is a must 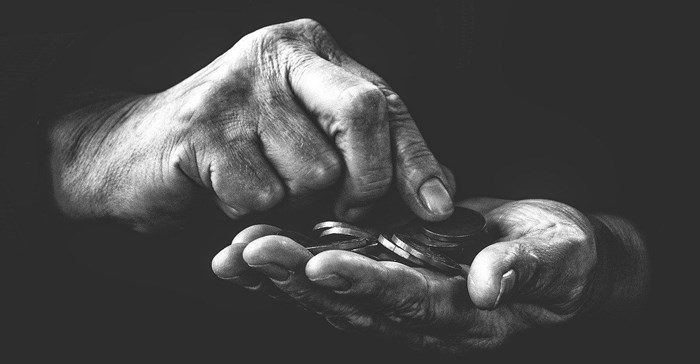 In 2020, the South African government introduced a Social Distress Relief (SDR) Grant of R350 to provide much-needed support for those who were particularly vulnerable to the impacts of the pandemic.
Two years later, the grant; now referred to as the Basic Income Grant, has become a fundamental part of the South African zeitgeist, and a hotly debated topic amongst politicians, analysts and civil society.

With many South Africans having become reliant on this grant, the writing is on the wall for the State. The question is, therefore, not whether the grant will become a permanent fixture of South African economic policy, but how it will be designed to meet the needs of the population – and who will be picking up the cheque.

This is the opinion of Michael Sachs – the most recent guest on PSG’s webinar series entitled Think Big, which welcomes some of the country’s most knowledgeable experts to discuss pressing issues. Hosted by renowned financial journalist and broadcast anchor, Alishia Seckham, the webinar focused on the Basic Income Grant and whether it should become a permanent line item on the national budget.

Teeing up the conversation, Seckham explained that the State is faced with the task of balancing a social, moral and historical imperative with the fiscal and policy trade-offs of this critical decision.

“I would argue that the Basic Income Grant; or Basic Income Support as I prefer to refer to it, is in effect, a done deal and impossible to withdraw for a number of socio-political reasons. The question is how this grant will be designed in its evolution into prevailing South African policy, and what the parameters will be,” says Sachs.

On the topic of whether the issuing of such a grant could encourage the development of a culture of dependency, Sachs asserted his view that there is little merit to this perspective. “As a country, we have struggled with increasing mass unemployment and poverty since the onset of democracy,” he said. This, according to Sachs, is at the crux of the issue. “It is difficult to envisage a South African state that is able to sustain growth and development to a point where the entire population can be employed. The R350 grant speaks to this inability to curb record-high unemployment by job creation and economic growth alone.

“When we look at other grants – like child-support and old-age grants – we see evidence both globally and locally, that cash payments of this nature can serve as an enabler to encourage more people to participate in the local economy. R350 could cover taxi fare from a rural location into a city centre where, for example, someone could find employment that would otherwise be inaccessible. When debating this issue therefore, it’s important to look at South Africa’s history and formulate a plan that considers our experience as a nation and our unique socio-economic position,” Sachs elaborates.

The debate around raising taxes

Sachs argued, the formal issuing of a Basic Income Grant will necessitate the raising of taxes. It is, as he explains, “an inevitability”. The challenge for government is how far taxes can be raised before the detrimental impact on job creation and growth begins to chip away at the economy.

Value-Added Tax (VAT) and Personal Income Tax are the two most viable candidates for raising the quantum that is required to sustain a Basic Income grant, according to Sachs. These two forms of tax are tried and tested methods of increasing tax revenue, as opposed to corporate-income tax, which fluctuates quite significantly due to its cyclical nature and therefore does not provide the consistent revenue flow that is necessary to produce stability.

Again, instead of a singular focus on how tax can be increased and possibly how that tax burden can be shouldered by the wealthiest 1%, Sachs advocates for a broader solution that includes how South Africa can broaden the tax base. The redistributive approach of taxing the wealthiest South Africans is idealistic, but not necessarily practical.

Taking this approach could erode the tax base further if the affluent members of society decide to move their money offshore or emigrate. VAT, on the other hand, is more broadly distributed and could be a more progressive method of increasing tax revenue. The key is striking the delicate balance between redistributive polices and building a broader tax base that will help to sustain the economy in the long term.

Of course, as Sachs explains, the pivotal point at which the Sate finds itself concerns more than just taxation. There is a pressing need for the public sector to address the issues that serve as economic constraints, the most significant of which is the energy crisis.

“There are two sides to this challenge,” Sachs continues, “there is the question of how to support and uplift the most vulnerable members of society, and then there’s the question of how South Africa can stimulate growth and development at the same time. These issues are inextricably interconnected with the country’s political affairs. As South Africans we need to remain hopeful that we can recover economically, but people need to understand that it’s unlikely we’ll see a scenario where South Africa turns into Singapore.”

Nearing the end of the talk, Sachs referenced the philosophy of Thabo Mbeki, who stated that there are two societies and two economies within South Africa – that of the “haves”, and that of the “have nots”.’ In Sach’s opinion, current events have caused the country to go further down the path of division rather than moving towards solidarity and building an economy to which everyone can contribute.

The question for government now is whether establishing a grant of this nature will serve to exacerbate or transform the societal divisions that separate South Africans. As Sachs asserts: “These “bigger picture” questions are the ones that we need to answer if we are to work towards a sustainable fiscus and economic policy that builds us up in the long term.”

The wrap-up from PSG Wealth is that South Africa finds itself at a crossroads in terms of its economic and political future. And with the turbulence of the global climate, there are a myriad factors to consider. There is no simple answer to this complex issue. As individuals, prudent financial management is more necessary now than ever to ensure that we are able to weather the economic difficulties and remain active participants in stimulating the economy.