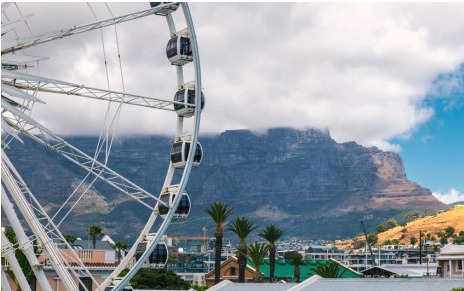 There are fears that travel bans placed on South Africa by some in the international community following the detection of the Omicron COVID-19 variant could have a devastating impact on the sector.

JOHANNESBURG – As international travelers cancel their holiday plans to South Africa, the tourism sector is now pinning its hopes on local travel but warns that more is needed to survive.

There are fears that travel bans placed on South Africa by some in the international community following the detection of the Omicron COVID-19 variant could have a devastating impact on the sector.

At least 11 countries have now also detected the new variant and President Cyril Ramaphosa is pleading with countries to revise the imposed travel bans on South Africa.

During this time of the year, South Africa usually hosts scores of international travellers who invest their dollars, euros and pounds into the local economy.

But this is on hold due to what our government calls a “knee jerk” and “rushed” decision by the international world to impose travel bans on South Africa due to the Omicron variant.

The Tourism Business Council of South Africa’s Tshifhiwa Tshivhengwa said that since the industry could only rely on domestic travel for now, it needed all the support that it could get from locals.

“We need everyone to travel. We need meetings, we need government to travel,” Tshivhengwa said.

At the same time, the Kruger National Park is also feeling the impact.

Spokesperson Ike Phaahla said that they had been dealing with multiple cancellations by foreigners.

“South African National Parks is bracing itself for multiple booking amendments from residents of various countries across the world,” Phaahla said.

The tourism sector said that it supported a proposal for mandatory vaccinations if that meant that it would allow travel in a safe environment.