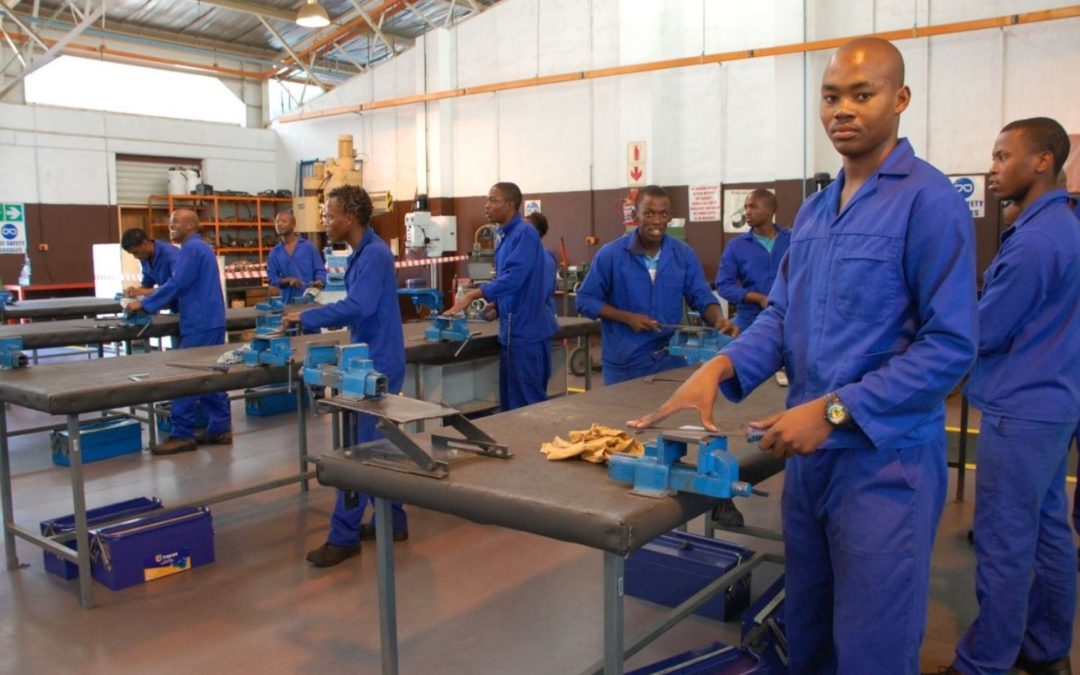 Youth participation in politics is the only domain to record a decline in most parts of the world, reporting deterioration in 102 countries.

A new report shows South Africa is lagging behind in the ranking for countries that have made an improvement in youth development.

This was contained in 2020 Global Youth Development Index released this week by the Commonwealth Secretariat. The index, a triennial ranking of youth development in 181 countries, ranked South Africa 131st, which was just 50 places above the last country at the bottom, Niger.

The survey ranked countries according to the development in youth education, employment, health, equality and inclusion, peace and security, and political and civic participation.

It looked at 27 indicators including literacy and voting to showcase the state of the world’s 1.8 billion people between the ages of 15 and 29.

The ANC Youth League welcomed the fact that the 2020 Global Youth Development Index showed an improvement in the state of young people across the globe.

“Although the improvement is marginal in most developing countries such as (our) country, we also take stock of the fact that the Covid-19 disease has affected young people the most as development opportunities have been adversely affected by the global pandemic,” said Nonceba Mhlauli, convener of the ANCYL national task team.

Mhlauli said: “We are also concerned that youth participation in politics is the only domain to record a decline in most parts of the world. The African Continent is the youngest continent with the medium age being 19.”

Mhlauli said as the South African population was majority youth, this required young people to participate in the political life of their countries as they are the sole beneficiaries of such a country.

“As the Youth League, our task is therefore to mobilise young people to become active participants in the development process of their countries.”

The index further revealed that the conditions of young people had improved around the world by 3.1 per cent between 2010 and 2018, but progress remains slow. The index showed that of the 181 countries, 156 recorded at least slight improvements in their scores.

In Africa, South Africa, at number 131, managed to beat Chad, Central Africa Republic, South Sudan and Niger, which was right at the bottom.

Afghanistan, India, Russia, Ethiopia and Burkina Faso were the top five countries, advancing their score, on average, by 15.74 per cent. On the other hand, Syria, Ukraine, Libya, Jordan and Lebanon showed the greatest decline in youth development between 2010 and 2018.

Commonwealth secretary-general Patricia Scotland QC said: “Young people are indispensable to delivering a future that is more just, inclusive, sustainable and resilient. By measuring their contributions and needs with hard data, our advocacy for their development becomes more powerful, and we are then able incrementally to increase the positive impact and benefits youth are able to add towards building a better future for us all.

“As we work to recover and rebuild from the many consequences of the pandemic, we need to draw as fully as possible on the energy and idealism of youth so that fresh opportunities for social, economic and political development are opened up with present and future generations of young people equipped and empowered to fulfil their potential.”

In terms of global trends, overall, the index showed advances in youth’s participation in peace processes and their education, employment, inclusion and health care since 2010.

Health made the largest gains of 4.39 per cent driven by a 1.6 per cent decline in global youth mortality rates and a 2 per cent drop each in HIV, self-harm, alcohol abuse and tobacco use.

Sub-Saharan Africa made the greatest strides in improving the health of young people.

The report indicated that the levels of underemployed youth and those not in school, training or work remained constant.

Advances in equality and inclusion were led by improved gender parity in literacy as well as fewer child marriage cases and pregnancies in girls under 20. Yet no progress was made in women’s safety.

The global education score increased by 3 per cent, with South Asia making the largest improvement of 16 per cent followed by sub-Saharan Africa with 10 per cent. Peace and security improved by 3.41 per cent, resulting from fewer young people dying from direct violence.

Youth participation in politics is the only domain to record a decline in most parts of the world, reporting deterioration in 102 countries.

However, sub-Saharan Africa recorded a 5 per cent improvement in the average regional score.

Among its recommendations, the index called for more investment in lifelong digital skills training of young people, mental health services, apprenticeships, road safety and youth participation in decision-making to reverse trends which adversely impact them.

It further urged governments to improve data collection on education and diversify how they measure digital skills and online engagement of youth.