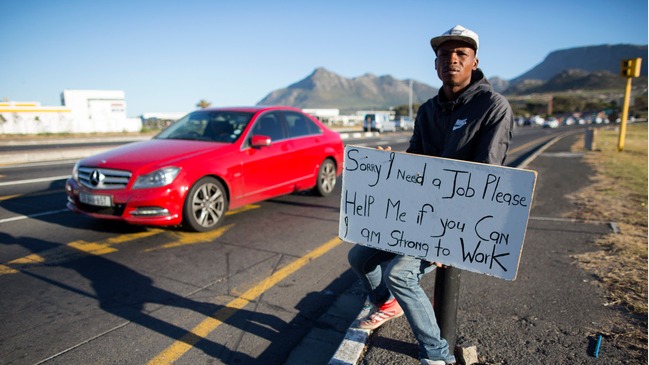 THOUSANDS of unemployed youths were probably left shocked last week when the government’s head honchos announced that they had created more than 550 000 jobs since October 2020.

The Phase 1 of the Presidential Employment Stimulus Programme has apparently spent more than R12 billion assisting young people with a variety of job opportunities in 15 national departments.

Now, another R11 billion has been earmarked for Phase 2 of the programme, and many more thousands will be joining the queue, hoping to eke out an honest living, even if temporary.

Minister in the Presidency Mondli Gungubele waxed lyrical thumbing his chest that the multibillion-rand programme had been so smooth and untainted by any corruption.

“Up to this point, so much money has been spent, we have not smelled a whiff of scandal. That is what excites us and that is what delights the president,” Gungubele told the media.

It’s one of those pronouncements that leave you agape because the reality on the ground is far removed from the rosy picture painted by Mahlamba Ndlopfu.

Questions are being asked as to who are these young people in the programme when so many are without jobs? And how secure are these job opportunities?

Have we forgotten how thousands of assistant teachers on the programme had to go take to the streets earlier this year because they had gone for months without being paid?

The reality is that at 34.4 percent unemployment rate, South Africa has the highest number of able people without jobs in the world, 77 percent of whom are youth.

There are about 18 million young people aged 15 to 34 years who are currently not in employment, education or training, according to StatsSA. It’s a ticking time bomb.

The number of jobs has been rapidly declining, with the latest figures to the end of June showing a third consecutive fall in employment since the national lockdown in March 2020.

At least 584 000 lost their jobs in just three months between March and June this year, and many more have joined the ranks due to the civil unrest that occurred in July.

It’s unsustainable, it sounds like fetching water from a stream with a leaking bucket.

Our education system continues to churn out unemployable graduates because of the skills mismatch, the curriculum is not linked to the demands of the 21st century labour market.

This is what drove Elon Musk away from South Africa in the first place.

Woolworths, Capitec, and other big local companies are currently on a hiring drive trying to ramp up their digital expansion.

However, there is very little uptake, especially by young black people, in spite of the Fourth Industrial Revolution gospel emanating from Pretoria.

The government needs to start identifying its strengths and capitalise on them, and creating jobs is not one of them.

Instead, the youth is ready to take on the world as entrepreneurs, inventors, and job creators, but there is very little support and a lot of red tape to secure start-up funding.

Young people cannot postpone their future any longer, and they are growing more and more frustrated by the day.