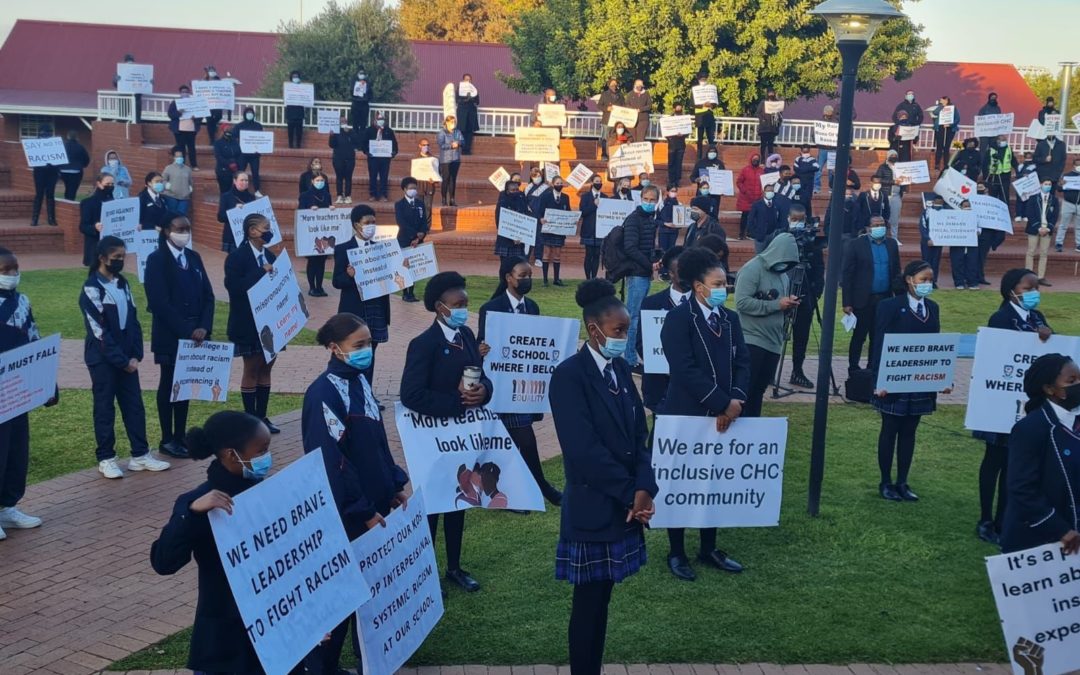 Parents from Cornwall Hill College (Irene) are disgruntled about allegations of racism at the school. They are protesting at the school today and Gauteng MEC Panyaza Lesufi is also expected to be joining the protest.

Governor of the South African Reserve Bank has also joined the group of disgruntled parents as he has a child in the school and stands against the racism.

“Although I managed to find friends, I did not manage to escape the discrimination,” said one of the pupils who addressed the school. She explained that her first racism encounter at the school was in grade 4 when a teacher stopped her with a frown and said, “your hair is unpresentable, it is messy and it is not the Cornwall way…” she continued to tell her that she would look better if she chemically straightened her hair.

The pupil also said that she was stripped from her African Identity.

We salute each and every one of these brave young people. We are proud to see the youth this nation stand tall and speak truth to power, fighting for justice and dignity!

We would like to urge civil society organisations to join this fight against racism in our country!