Private sector involvement is key for sustainable cities and towns 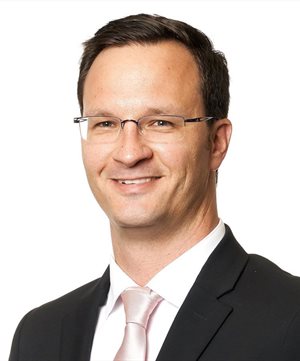 African countries, including South Africa, are lagging far behind the United Nations Sustainable Development Goal (SDG) on creating sustainable cities and communities by 2030. Although these goals should be taken up by governments, the reality in Africa is that the private sector will have to step forward if they are to be achieved, including by accelerating artificial intelligence (AI) solutions.

SDG11, “Make cities inclusive, safe, resilient and sustainable”, was one of the talking points at the November COP 26 conference in Glasgow. This overarching goal includes various sub-goals to be achieved by 2030: providing safe and accessible transport systems, reducing the per capita environmental impact of cities (including on air quality and waste management) and making cities more resource-efficient and able to mitigate and adapt to climate change.

A good example of private equity involvement in future-fit cities was the recent $36m investment by CDC Group, the UK’s investment finance institution, into Divercity Urban Property Fund. Webber Wentzel advised on the transaction. The funding will assist in constructing over 2,500 green and affordable housing units over the next five years, mainly in Johannesburg, aimed at lower- and middle-income buyers.

The City of Johannesburg has plans to develop a smart city near Lanseria, with another one south of Johannesburg. The smart city plans include rainwater harvesting and solar power as well as ensuring most facilities are within walking distance for residents. These plans necessitate extensive private sector investment. Private equity investors, like CDC, have shown an appetite for funding projects that are linked to their ESG goals.

A business investing in AI should consider its intellectual property rights. While most AI is automatically protected under the law of copyright, in some instances it may be possible to file a patent application for the AI. The issue that arises is whether an invention created by the AI is patentable. The legal conundrum in this regard is the fact that, in some jurisdictions, patent law only regards a human (and not a machine) as an “inventor”. If the AI is inventing solutions to enable smart cities, consideration will need to be given to whether the AI is able to obtain patent protection over those inventions.

In the famous DABUS case, the EU, UK and US rejected patent applications for inventions developed by AI on the grounds that DABUS is not a human and therefore cannot be regarded as being an “inventor”. Interestingly, South Africa’s patent office granted a patent in July 2021 for an invention created by DABUS.

South Africa’s mining sector is also changing its view on the post-closure social environment. It has become increasingly obvious from the examples of towns like Stilfontein, Orkney and Welkom that the disappearance of the mines is resulting in ghost towns where people who formed communities around the mines are being left stranded.

This is particularly a danger in making a rapid transition from a power system reliant on coal to one with a greater emphasis on renewable resources. Provinces like Mpumalanga and Limpopo will be hard hit by the closure of coal mines around towns which have been focused on mining for almost a hundred years.

In the past two to three years, there has been a heightened focus on ensuring that mine rehabilitation funding is directed not only to environmental repair but also to ensure there is a just transition from mining to an alternative economy.

We have seen a growing understanding among mining companies that they have benefited from their host communities over years and retain a responsibility towards them.

Earlier this year, the Department of Mineral Resources and Energy (DMRE) published a mine closure policy document that addresses the need for regional solutions, which is a different approach from the department’s previous mine-by-mine approach.

The DMRE now envisages that in regions where several mines are operating, they should collaborate on mine closure solutions that provide alternative future economies, centered on activities such as agri processing, aquaculture or solar parks. This could use the existing mine rehabilitation funding, but it may necessitate an increase in the rehabilitation provisions.