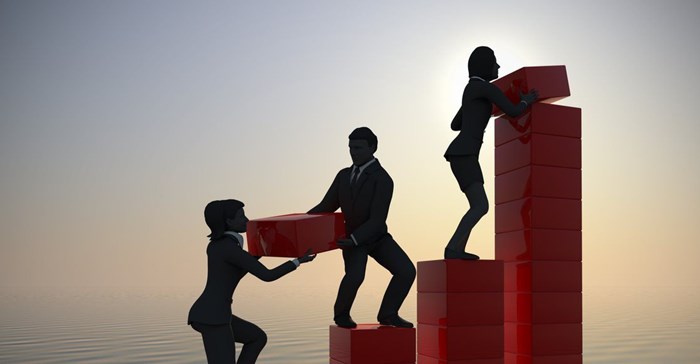 Despite our imminent exit from the fourth wave, the President still does not have a clear roadmap to end the national State of Disaster.
This was the message of Premier of the Western Cape, Alan Winde who last week attended the launch of Africa’s Access to Advanced Healthcare (AAAH) Coalition with SA President, Cyril Ramaphosa.

“While attending the launch of the coalition, a journalist queried the President on when he intended for the National State of Disaster to come to an end. In responding, the President singled me out as driving the issue, yet failed to clearly outline a roadmap going forward – noting only that this would be considered by the National Coronavirus Command Council. This is despite the fact that our exit from the fourth wave is now imminent. ”

Winde says he has been calling on the National Government to create a clear roadmap, guiding us out of the National State of Disaster, since October last year.

He said Government’s focus should rather focus on the second pandemic of unemployment.

“The virus is now reaching an endemic stage”

“I am, once again, reiterating my call for the National Minister of Cooperative Governance and Traditional Affairs, Dr Nkosazana Dlamini-Zuma, to allow the National State of Disaster’s regulations to expire as we begin to exit the fourth wave. Existing restrictions on gatherings and events now serve only to undermine our province’s tourism and hospitality sectors – key sectors which are needed to drive job creation following the aftermath of the pandemic.

“It’s high time that we do away with these job-killing regulations as we are steadily approaching the exit of the fourth wave in the Western Cape – and the regulations are no longer needed to ensure that our healthcare system can cope. The virus is now reaching an endemic stage. The Western Cape is coping well, and we are also starting to see a decoupling of cases, deaths and hospitalisations.

“This means that while cases were higher during the fourth wave – deaths and admissions were significantly lower, showing us that we can safely begin normalising our response to the virus.”

Winde said we are seeing a decline in new Covid-19 cases, hospital admissions and Covid-19 test positivity, showing us that we are on track to exit the fourth wave.Winde said according to the South African Covid-19 Modelling Consortium (SACMC), Gauteng is the first province to have officially exited the fourth wave, but the Western Cape is seeing a decrease in incident cases.

“We will have officially exited the fourth wave once we reach 600 daily new cases based on the seven-day moving average. We currently have an average of 1100 cases, nearly half the average number of cases last week which was 2013. The SACMC is predicting far fewer new cases in the coming week.”

On track to exit fourth wave

Winde said insofar as our healthcare capacity in the Western Cape is concerned, the reproduction or “R” number remains firmly below 1. This means that we are seeing a decrease in cases and that we are on track to exit the fourth wave. Hospital admissions now stand at 174 new admissions daily. This is a decrease from 217 last week. The proportion of positive Covid-19 cases has now declined to 28%, down from 40% last week. The number of deaths, based on a seven-day moving average, is 31 and is comparably lower than previous waves. Deaths are now plateauing as we begin to exit the fourth wave.

“This shows us that we are on track to exit the fourth wave,” he said.

“Insofar as our acute service platform is concerned: The total consumption of oxygen in public and private hospitals is 29.89 tonnes a day. We are using far less oxygen compared to previous waves. Oxygen consumption, on average, did not even reach the first trigger of 50% oxygen use compared to the third wave when oxygen use in the public sector alone reached 302%.

“This means that not only is our healthcare system coping, but that we can safely do away with the National Disaster Act’s regulations.”