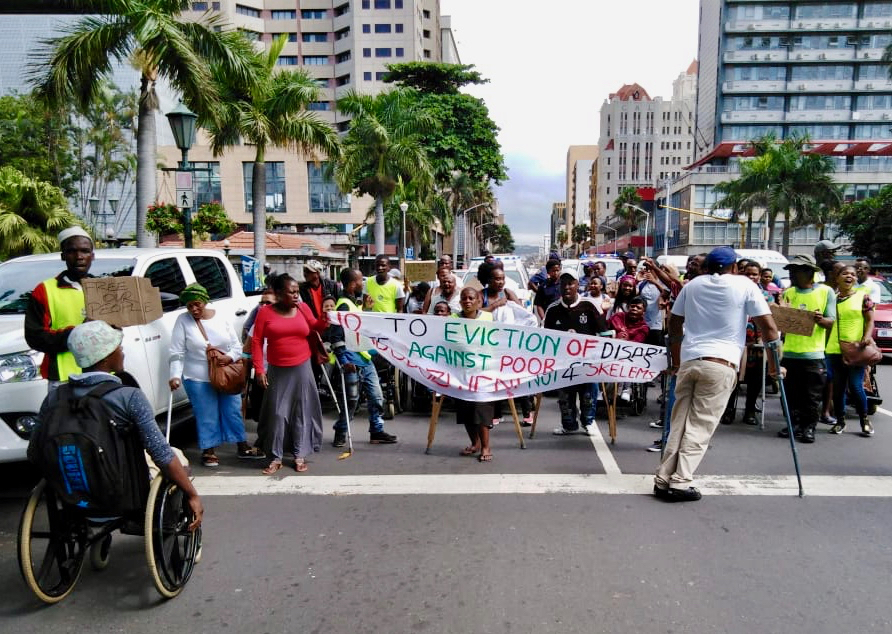 “In South Africa, it is still very difficult for a disabled person”

About 100 people with disabilities marched from King Dinuzulu Park to the Durban City Hall on Wednesday. They have given the eThekwini Municipality seven days to respond to their demands.

Among the marchers was a group from Enduduzweni Centre for the Disabled in Umlazi. The group is known for its long battle against eviction by the Department of Social Development.

One of the march organisers, Ndukuphansi Mnyandu, who is blind, said they had a lack of employment opportunities and difficulties getting houses. People with disabilities are not being accommodated at public facilities, and they are frustrated with what they perceive as NGOs pretending to have their interests at heart.

“In South Africa, it is still very difficult for a disabled person,” said Mnyandu. “Some of us have been on that [municipal job] database list for over ten years, yet we are not considered for any kind of employment. Yet our constitution requires that we get considered.”

“These NGOs that claim to be our voice and helper – we demand that government allow us independence, so that we will fight for our own rights,” said Mnyandu.