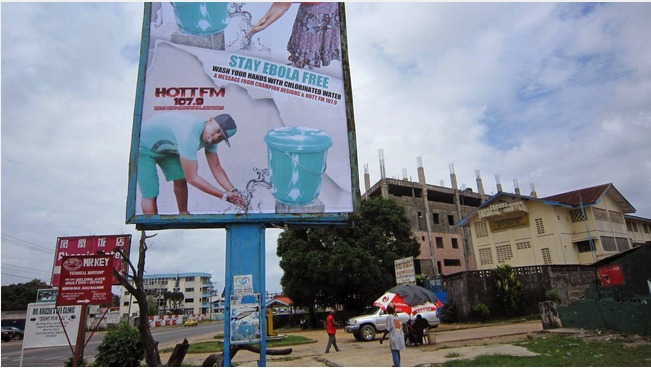 MAJOR crises, such as the Covid-19 pandemic, do not only change human behaviour, but also transform our cities and the way we live.

In 1837, the typhoid outbreak in Croydon (part of Surrey and now part of London) killed numerous people.

When the cases were mapped out using the epidemiological method, the source was found to be a polluted chalk water well at Addington, London, which was pumping untreated water into the public supply.

The water was polluted with the bacteria, typhoid bacillus, because of a worker who was an active carrier of typhoid working in the well while chlorination was stopped.

After the final discovery, important changes were made to the water system.

During the 1848 to 1854 cholera epidemics in London, physician John Snow carefully gathered data about the cholera deaths.

Snow discovered that the 1849 to 1854 cholera epidemic was mainly related to two water supply companies, the Southwark and Vauxhall Waterworks Company and the Lambeth Waterworks company.

The companies supplied their customers with water drawn from the River Thames which, at that time, was highly contaminated with bacteria.

By the 1800s, London was the largest city in the world as a result of industrialisation and the mass migration from the countryside to the city.

Soho and some other areas had a serious problem with filth due to the large influx of people and lack of proper sanitary services.

The London sewer system had not yet reached these places. Cesspools formed underneath the floorboards, overflowed into gutters and waterways, and were dumped in the River Thames, contaminating the main drinking water supply of London.

When the worst cholera outbreak of all happened in the Soho district of London in 1854, Snow plotted all deaths on a map of London and carefully analysed it.

He discovered that it was spread around a water pump and well on Broad Street (now Broadwick Street) where the water was germ-contaminated since the well was dug only 0.9m from an old cesspit, which was leaking faecal bacteria.

Authorities removed the pump handle and when the cholera epidemic subsided, they merely refitted it.

The city authorities rejected Snow’s theory that the cholera was caused by water contaminated with bacteria.

Unfortunately, it was only in the summer of 1858 when the “Great Stink” from raw sewage in the River Thames – London’s largest open sewer – caused the British Parliament to close, that they decided to do something about the city’s sanitation, by building a modern sewer system.

The new sewers, which are in use today, made a huge difference to the health of Londoners and changed the appearance of London and the River Thames.

It is very feasible that the Covid-19 pandemic will have a similar effect and accelerate the transformation of our cities and how we live and work.

We are living digital lives in industrial cities, which is an anomaly.

Due to the capabilities of digital technologies that allow us to be in different geographical places without having to physically move, older designs suddenly make sense again.

Frewen, therefore, argues that older cities of a hundred years or more that were designed when people did not have cars, are better suited for our modern lifestyles, because everything is within walking distance.

For the very same reason many people, especially young people, are moving back from the cities to the rural areas and smaller towns where the quality of life is often better and everything is within walking distance.

Optical fibre and good bandwidth allow them to work from home – originally forced on them by the Covid-19 pandemic. Recent studies found that these urban population shifts can be as high as 33 percent of working people.

However, the real revolution, according to Frewen, will be in the way buildings will radically change.

Buildings of the future would have physical and virtual layers, built with modern construction materials and artificial intelligence (AI) as building blocks.

Buildings will, therefore, be able to interact with us at a much greater level. They will become smarter and respond to us and our needs.

For instance, they will help us connect and know whether we are hot or cold and change the temperature accordingly. Offices will be morphable with a focus on physical and psychological wellness, as well as co-working spaces. Healthy buildings will continuously monitor the interior air for the presence of biological hazards, as well as air quality.

More liveable and sustainable cities of the future would have more parks, green spaces, and areas for community living. Outdoor dining areas by reallocating pavements or closing streets will be common.

What was originally done as a result of the pandemic and to keep restaurants and bars from going under will become a way of living.

As a result of the decreased demand for office space, many office buildings in central business districts are being converted into residential complexes or mixed-use work/residence buildings, which will limit travelling and pollution.

Some futurists even believe that, eventually, adventurous young city dwellers may possibly even move to technology-rich, smart cities elsewhere in the universe to take the overpopulation and global warming pressure off the Earth.

However, in South Africa, we are struggling with a very different reality. There are many basic problems to be solved, like in the London of the 1800s.

Technology may drive wealthy cities but, in South Africa, millions of people continue to live in informal settlements, lacking basic facilities such as clean and safe drinking water and basic sanitation.

The pandemic and ongoing recovery efforts gave us a glimpse into the many issues cities face during a crisis. Millions of people on Earth are living in slum areas, making elementary precautions such as physical distancing and handwashing extremely difficult.

Research has indicated that cities produce 70 percent of global greenhouse gas emissions and are extremely vulnerable to climate shocks, natural disasters and pandemics.

Since Covid-19, many cities have started to harvest rainwater and to actively promote urban farming to ensure food security.

Covid-19 has made it very apparent that cities have to focus on the basics, namely a roof over people’s head, food security and health.

We have the chance to correct our course and address long-standing vulnerabilities, in step with the zeitgeist forged by the pandemic.

Cities have a great opportunity to leverage the pandemic and rebuild our cities in a resilient, inclusive and sustainable way.

*The views expressed here are not necessarily those of IOL or of title sites.