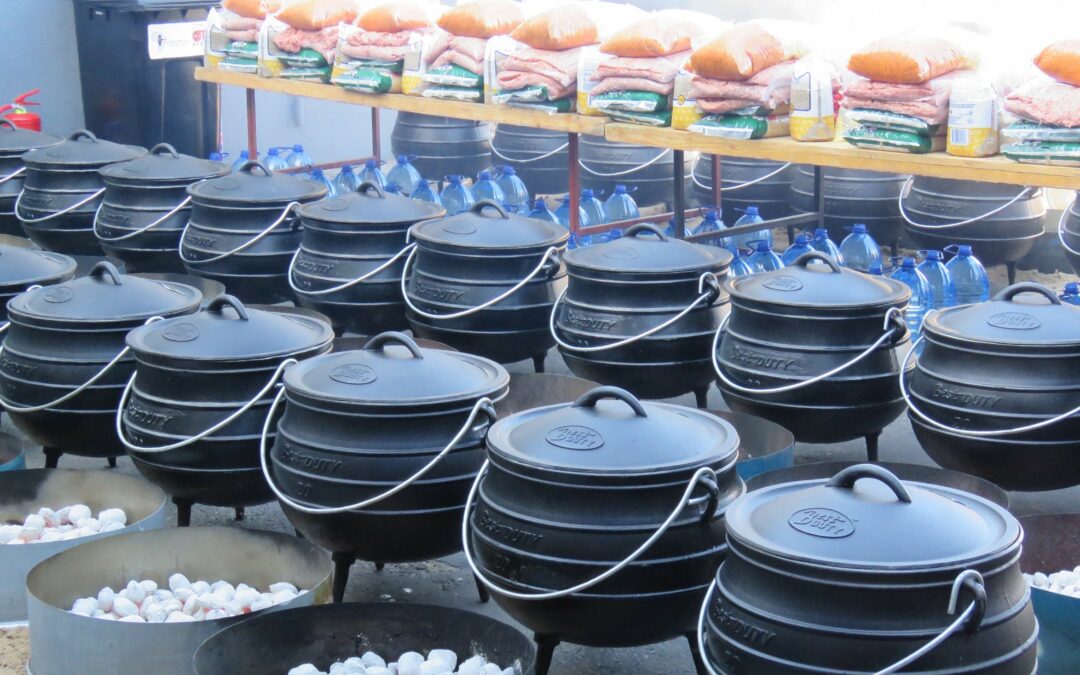 Wllington-based non-profit organisation, Outside The Bowl Africa, has reached its aim of raising R1 million while feeding 20 000 children in one day.

Mark Maingard, CEO of the non-profit organisation that supports communities, ECDs, NGOs, ministries, churches and existing soup kitchens with nutritionally balanced meals set out to cook 100 Potjiekos pots on 5 March 2022 and did just that.

“Cooking 100 pots and feeding 20 000 people on the day is a massive achievement for us. We started the fires at 5am and we were done at 3pm.  The expression on the NGOs faces was priceless and I will do it again,” said Maingard who accomplished this feat at the organisation’s headquarters in Wellington, Western Cape.

Maingard’s team assisted him with setting up and making the fires, but he wanted to cook a record-breaking 100 Potjiekos pots without help from anyone.

“I was excited to take the lead in this and in the end, I breathed an extreme sigh of relief and emotions came over me as I did not think I would make it but I did. I could not have done this without my team being in my corner,” said Maingard.

Supported by Pep, Outside The Bowl Africa’s aim is to feed a further 1 000 000 children at R1 a portion with their ground-breaking Vita Kidz Instant Energy Meal.

Due to the Covid-19 pandemic, there are now approximately 6 000 to 12 000 people dying of hunger every day and the world’s children are suffering the most. For Maingard, the organization’s aim is to manufacture and provide 500 000 ambient, nutritional meals per day by 2025 and play a part in hunger eradication by 2030.

Outside The Bowl Africa’s mission is to help those vulnerable across local, national, and international communities. Maingard encourages businesses and individuals to get involved in this

“Please continue to support us as we are not able to stay sustainable if we don’t have any support from Individuals, corporates, and funders,” he said.

MORE ABOUT OUTSIDE THE BOWL AFRICA