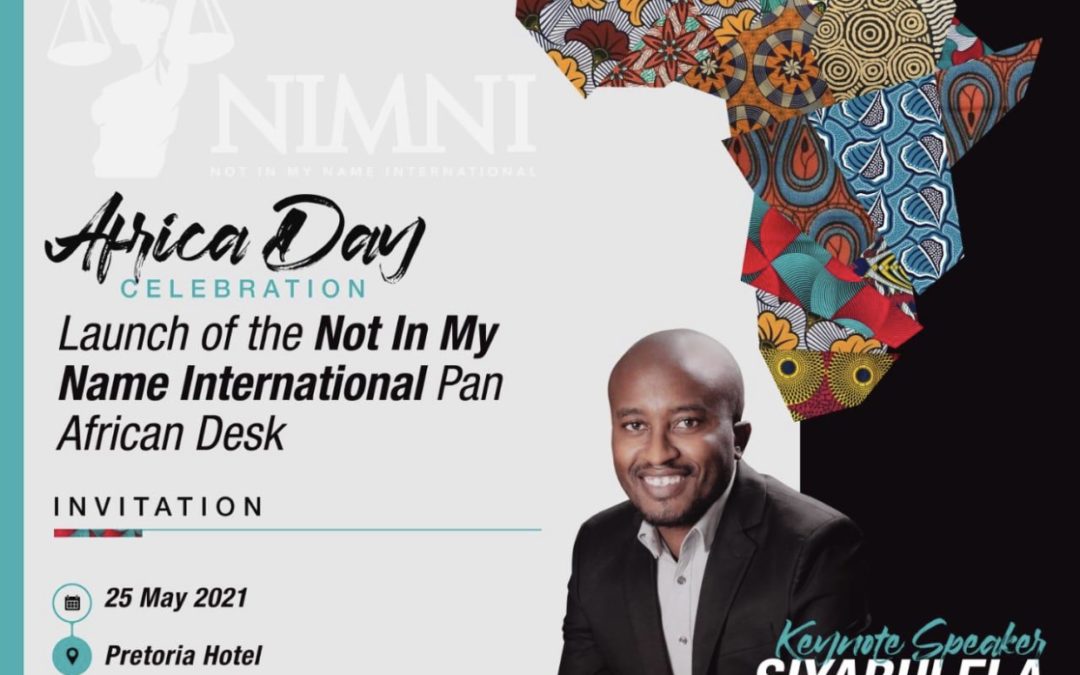 Not In My Name International (NIMNI) officially launched it’s Pan African Desk on Africa Day, the 25th of May 2021, at the Pretoria Hotel in Pretoria, South Africa. It was also celebrating its 4th birthday which was on the 20th of May 2021.

It is an organisation that instils a sense of activism amongst ordinary people. It has and will continue to impact the lives of many. A recording of one of the beneficiaries, Mme Doreen Kalo, was played during the launch. She gave a testimony where she shared her story of how she got justice due to the organisation’s work. She explained how her daughter was shot in the head by her boyfriend who walked free for up to two years after his crime due to our failing justice system. She explained her story to #NotInMyName who then helped her with her case and she can today attest that the man who brutally murdered her daughter has been arrested and sentenced to 26 years in prison.

“Until our sisters can take a taxi at any time of the night we will continue to say #NotInMyName,” said the Secretary General of NIMNI, Mr Themba Masango. 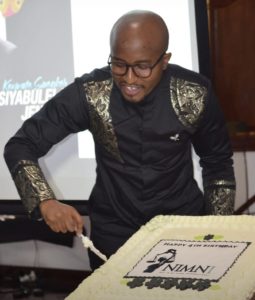 It was founded by a genius, an award winning visionary, a son of the soil, Mr Siyabulela Jentile who now serves as the President of the organisation. In his keynote address he challenged us all to unite as when we fail to unite we perish. “In order to move Africa forward we need a total liberation on women and children,” said Mr Jentile. He is an advocate for women empowerment, an advocate for youth development, he mentioned, “55% of the South African population is female and 37% is youth, this shows that South Africa is young and South Africa is female.”

We applaud NIMNI as they have, to date, recorded 54 000 audited paying members. It is just unfortunate that the Secretary General, Mr Themba Masango, announced how the organisation that has been in existence for 4 years, impacting lives on a daily has since not received any funding. “We do not do it for money, but we need money to do it,” said Mr Themba Masango.

“The South African Human Rights Commission (SAHRC) is required by law to work with civil society groups, to work with community based and grass root organisations to advance the human rights vision, values and commitments in the constitution and to turn them into practice and reality,” said Mr Buang Jones, the Gauteng Provincial Manager of SAHRC. He encouraged delegates with Proverbs 31:8-9:

We commend Mr Jentile and his team on an informative launch, with inspirational leaders and speakers. We commend #NotInMyName on developing a structure that is beneficial to the lives of many, the lives of Africans.