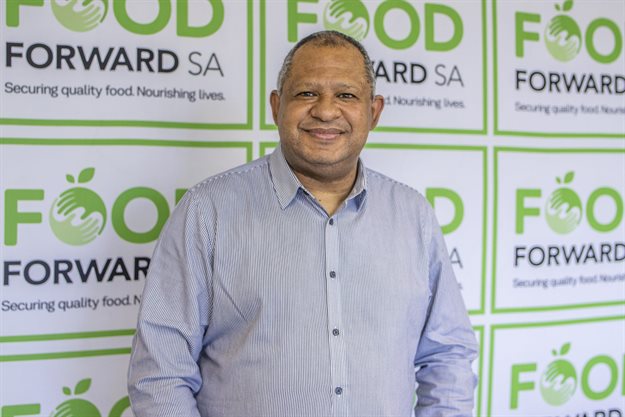 While inflation seems to be steadily increasing, the sharp April rise to 4.4% from 3.2% in March has largely been driven by transport costs and food prices. According to Statistics South Africa (Stats SA), the year-on-year increase in food and non-alcoholic beverage prices was 6.3%, while transport prices rose by 10.6%.
However, the reality is that food prices at the tills have increased sharply over the past two years. A comparison of 2019 and 2021 food prices, conducted by FoodForward SA, shows that basic food prices have increased by 9.83%. FoodForward SA conducts a Food Price Comparison Review every two years, comparing the prices of more than 60 basic grocery products to monitor fluctuations. Rising food prices are a clear indication that access to basic foods is worsening for those with limited or no income – what is also referred to as money-metric poverty.

According to Stats SA’s 2019 General Household Survey – conducted before the pandemic – 28% of South Africans are regarded as poor, because they are living on less than R2,500 per month. Survey participants in this category described their access to food as inadequate or severe. The median wage in South Africa is R3,300, and each wage supports an average of 3.5 people – which equates to about R30 per person per day. The Bureau for Food and Agricultural Policy (BFAP) found that in May 2019, a family of four would need to spend R2,524 a month on basic foods. This is about 32% of a household’s monthly spend, which means that a family of four would need to earn R7,800 per month just to afford basic food groceries. BFAP notes with concern that more than half of our country’s population are unable to afford this.

In its 2020 Baseline Agricultural Outlook report, the BFAP points out that the poorest consumers are spending a disproportionate 40% of their income on food, while the wealthiest spend only 5% on food. These statistics confirm the dilemma for millions of South Africans who are much worse off because they just can’t afford to buy food.

The Pietermaritzburg Economic Justice and Dignity Group (PMBEJD), which collects data from 44 supermarkets and 30 butcheries in the city, estimates that a basic nutritional food basket costs R5,153 per month (PMBEJD Household Affordability Index: April 2021). The group has recorded an 8.9% increase in food prices in the past year, which supports data collected by FoodForward SA. According to the PMBEJD affordability index, more than 55% of the population lives below the upper-bound poverty line of R810 per month.

With more than 30 million people across the country either food insecure or severely at risk, we could be facing a catastrophe much worse than the pandemic as we start to understand just how desperate the situation has become for poor people.

Money-metric poverty is a direct result of the levels of inequality in South Africa. As poor households spend disproportionate amounts on essentials such as food, housing, and transport, there is nothing left to spend on other needs like clothing, education and healthcare. With most of our country’s population struggling daily to survive, South Africa is in fact getting poorer, and fast. Mental health issues, low levels of education, an unhealthy population, and a growing frustration among the poor is mounting. We are seeing between 15 and 30 service-delivery protests every day, which threatens economic growth, political stability, community development, and our children’s education.

While poverty is multi-dimensional, and addressing the endemic structural causes of poverty will take concerted political will, collaboration with various stakeholders, and sheer determination, we must ensure that the poor’s most basic need is met – food. Accelerating access to healthy food in innovative and cost-effective ways is a key determinant of our country’s growth and success.