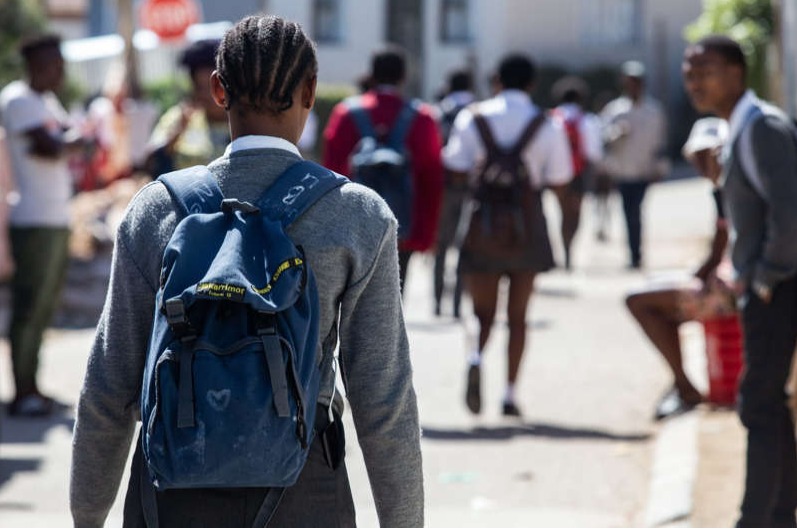 A Cape Town matriculant has started a petition, calling for the Department of Home Affairs to make special provisions for children born in South Africa with immigrant parents to apply for identity documents. At the time of publication, the petition had more than 25,000 signatures.

Karolyn Mujinga is among scores of South African-born children of immigrants who are struggling to enrol in tertiary institutions and to access funding to further their studies. With the refugee reception centres still closed, many young people have been left in limbo and are unable to apply for citizenship or identity documents.

Mujinga, 18, was born in Cape Town and has lived in South Africa all her life. Her mother is originally from Congo.

“When I was applying to university, most did not have provision for refugee applicants or asylum seeker students. It’s like we don’t even exist. I couldn’t use my birth certificate because there’s no ID number,” she said.

She said most of the institutions’ websites would only give the option to select, “South African citizen, permanent resident, or international student to use with a passport number”.

Mujinga said although she was able to enrol at school, she could not apply for funding or bursaries. “It’s quite disheartening when most of the bursaries are just for South African citizens. There needs to be at least something where 20% of the students they accept are refugees and asylum seekers, and 80% are South Africans,” she said.

“When you step into primary school, you believe that you are all equal. You believe that when you leave high school, you’ll leave with a choice on whether to study further, take a gap year or work. But for most immigrants, it isn’t a choice,” she said.

In December 2019, a ruling by the Makhanda high court on the Admission of Learners to Public Schools stated that all children must be conditionally admitted to school while parents try to get documents. But for many refugee and immigrant children, the process has not been as simple, with many being unable to access state schools.

Lawyers for Human Rights legal researcher Tshegofatso Mothapo said although the law provides for provisional admission to school, it has “proven to be a barrier for children of refugees, asylum seekers, undocumented South Africans, undocumented or migrants, and those with stateless parents because they are unable to furnish documents such as birth certificates”.

“There is a misconception by school administrators that a handwritten birth certificate often presented by learners whose parents are non-nationals is not legitimate proof of documentation. When it in actual fact is,” she said.

The Department of Basic Education also released a directive in July 2019 informing schools that it is unlawful to turn away undocumented learners, however, many refugee and migrant children are still unable to access state schools.

Mothapo said several schools might not have received the circular or heard of the judgment, and have continued operating on the basis that a parent must present an official birth certificate of the learner when applying for admission to a state school.

“All immigrant students must apply to the Matriculation Board at Universities South Africa for the appropriate recognition and the issuing of the Matriculation Exemption to be considered for university entrance,” he said.