Mandatory vaccination at the workplace is a progressive workers’ demand 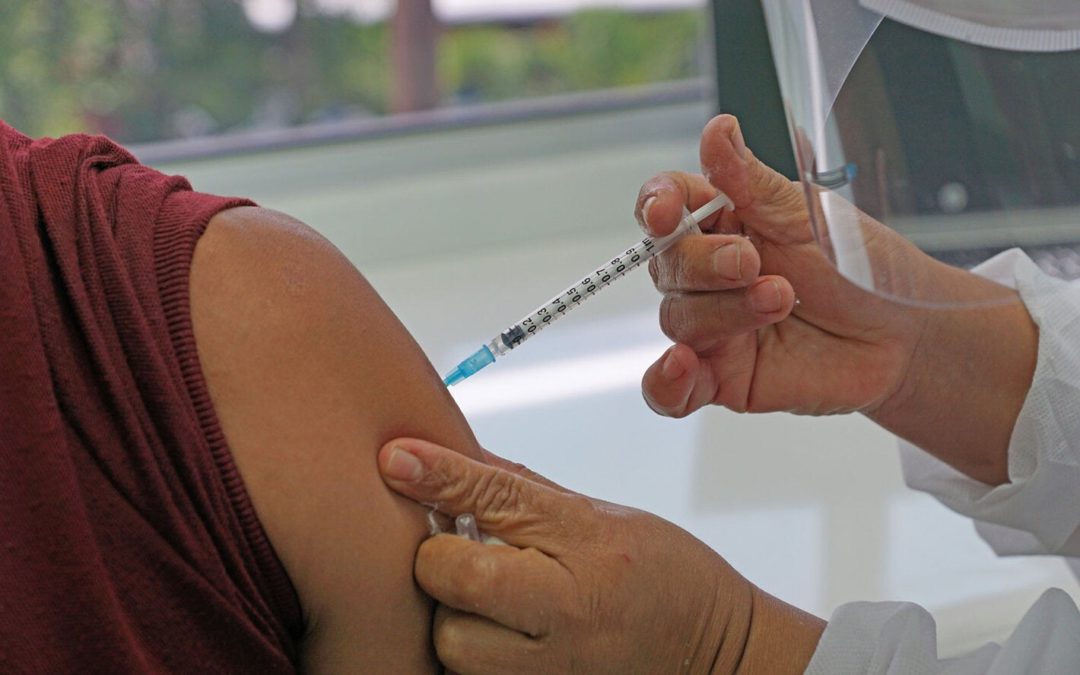 It is the operating principle underlying labour law: Individual rights give way in the face of what workers decide is in the collective interests of the majority of workers.

Getting the economy on track and speeding up vaccination is an absolutely necessary step to deal with the economic and social impacts of the pandemic. As ex-unionists with a long history of supporting the cause of workers, we maintain that mandatory vaccination of working people and their families is a progressive action. It should not only be supported, but indeed it should be demanded and led by unions, civil society, and political formations which regard themselves as sympathetic to the cause of the working people of South Africa.

Workers have borne the brunt of the various lockdowns to counter the Covid-19 pandemic and cannot afford to suffer from further closing down of economic and social life. These various levels of lockdown have resulted in major retrenchments of workers, bankruptcy of firms, and wage cuts and short time of working hours imposed on those still in employment. Schools have been closed, or when they have been open, children have only attended for a few days a week.

Unemployment has rocketed. Homelessness has increased to unparalleled heights. Hunger has spread its tentacles throughout every township and informal settlement. The educational future of poorer children is falling through the cracks of the broken roads of the townships, and seeping into the dusty paths of rural communities. Worse, they also lose out on access to nutrition, since attending school is often their only guarantee of one square meal a day.

The rich and the middle class have financial margins to enable them to weather these economic storms. Workers, the unemployed, and the poorest of the poor subsisting on the margins of society, on the other hand, are unable to do so. They just suffer. They do not have the luxury of savings to enable them to sit at home and argue over the merits of vaccination, when economic, social, educational and recreational life is forced to stop.

At a social and political level, unions should always be focused on creating employment opportunities, saving jobs and decreasing unemployment. Without paid work, ordinary people in a capitalist society cannot have the necessary disposable income to feed their families, and it is only through collective action that they increase this to enable them to reach for a better standard of living in the future. Unions, therefore, have a broad social responsibility to make the world of the employed and unemployed a better place to live in, and hence to fight for better social, health, and economic conditions of life.

They do this by asserting and advancing the collective interests of working people as a whole, rather than asserting individual rights against those interests.

If vaccination and kickstarting the economy is therefore in the general interests of working and poor people, which it undoubtedly is, then unions, in consultation and discussion with their base, have a political and social obligation to demand measures that advance this cause, to champion them as a collective action on their behalf, and to mobilise the need for this among the mass of the population. Their social responsibility is not to defend an individual’s right to dissent. It is to do the opposite. It is to uphold the rights and interests of the collective mass of the people to advance to a better and healthier world.

But unions have a more focused role in society. There they are tasked with protecting and advancing the collective economic and social interests of the workers, especially their members, in the workplace. They do this not by making economic and social rights an individual choice but by establishing what they regard as a progressive demand, a collective right to be extended to everyone. It is the operating principle underlying labour law. Individual rights give way in the face of what workers decide is in the collective interests of the majority of workers.

It is similar to the operating principle in the Bill of Rights – individual rights give way in the face of compelling public interests to protect the rights of the majority of those in the country. For example, unions do not fight for a pay rise but say to each worker that you can choose whether you want it or not.

They raise the collective demand to be extended to all workers and not just their members. That is the basis of majoritarianism on which the Labour Relations Act is based. So, a collective agreement imposing a closed shop does not permit a worker to refuse to belong to the union on constitutional grounds such as the right to freedom of association or freedom of belief or religion. A refusal means not being employed or losing your job.

This applies to health and safety concerns also. The history of capitalism has been one of unions struggling for better conditions in the workplace. It has been one of fighting management to have legally binding health and safety occupational regulations and mechanisms extended to everyone in the workplace, or the sector, in order to protect the workforce in general.

Unions took these issues on as a shared struggle for the collective good of the working class. They did not say to the workers in any particular workplace: “We have collectively fought and won these progressive rights, but you may not agree with it, so it is your choice whether you abide by them, and we will protect your right to dissent. We will uphold your individual right to choose whether you wear a mask or gloves or handle dangerous chemicals as you personally wish, if in the process you endanger your fellow workers by your risky behaviour.”

In the history of the struggle of working people, no union worth its salt, would not have fought to uplift workers’ social conditions and protect their health in the workplace. And rightly so, because that would not be a progressive position for any union to uphold in this day and age either.

Working in any workplace should never be a threat to any individual worker’s life or health, nor should it ever endanger the health of their fellow workers. There is enough evidence to show that vaccinations against Covid-19 protect those who are vaccinated from severe illness needing hospitalisation and from death. Importantly, they also lower the risk for those who have been vaccinated, from having breakthrough Covid-19 infections from those who are unvaccinated. Workers should therefore have a right to be less fearful of falling prey to Covid-19 in their workplace.

No worker should be in the dark as to whether his or her fellow worker is a potential infectious danger, due to being unvaccinated. Workers should know that everyone in their establishment has been given the optimum chance of fighting the virus. They should feel that they are safer in the collective than as an individual. But they can only feel secure if they know that all workers in their workplace have been vaccinated.

The debate about how to deal with the pandemic has largely been held outside the circles of unions and progressive institutions. They have been slow to enter it. However, they should have long ago, in consultation with their constituencies, have called for the vaccination process to be extended beyond the ambit of the Department of Health. They should have asserted that workers have a right to be vaccinated in their places of work, that management has a responsibility to set up facilities in the workplace to do so, and included their family members in the vaccination process. They should have demanded that management has a social responsibility to ensure that all workers are safe at work, that their health is not endangered by risky working conditions, and hence that all workers be vaccinated to ensure this occurs. There is still the time and opportunity to do this.

Demanding that vaccination be mandatory at work would therefore be a progressive demand that all unions and organisations that claim to be aligned with the working people should be lobbying for.