Investment in SA a boost for economic sectors 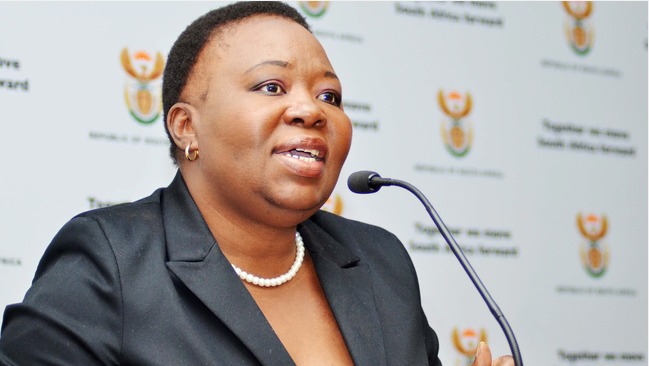 South Africa will this year continue with concerted efforts to attract new investments into the country to help revive the economy and boost socio-economic development.

One of the major events is the fourth South Africa Investment Conference (SAIC) to be hosted in Joburg on March 24, 2022, which forms part of our investment drive to attract R1.2 trillion over five years.

This ambitious investment initiative began in 2018 and has already attracted R770 billion in commitments across a wide range of economic sectors. The government has placed investments at the heart of its efforts to achieve its national goal of economic reconstruction and recovery.

New investments stimulate economic activity in South Africa and also hold enormous benefits for southern Africa as a whole. The country is an economic hub and gateway into Africa for various markets and business opportunities, including attracting potential investors and tourists.

Many multinationals investing in South Africa also use the country as a base to serve their customers in Africa and in particular the southern region. As a relatively stable country with a technologically advanced telecommunications network and a secure banking system, South Africa provides support to these global companies so that they can take advantage of opportunities in the country and the region.

The AfCFTA makes trade between African countries easier by providing new export opportunities for Southern African products and services to member countries which trade with each other without tariffs or other hindrances.

South Africa is already working with a number of neighbouring countries to grow business, trade and investment. This regional partnership provides a gateway for potential foreign and intra-African investments in the continent.

The country continues to relax cross-border financial regulations and tax requirements to enable local businesses to expand into Africa to support continental growth. Similar support measures apply to foreign companies which use South Africa as their regional headquarters to invest in African countries.

Since South Africa’s future is intrinsically linked to that of the continent, the country continues to play an integral role in Africa’s advancement and remains dedicated to Africa’s prosperity.

Recent investments in South Africa which hold enormous benefits for the region and the rest of the continent include the multibillion-rand investment by US-based health technology company NantWorks in a new vaccine manufacturing facility in Cape Town.

The state-of-the-art facility places Africa at the forefront of genome research and is expected to produce a billion doses of the Coronavirus Disease (Covid-19) vaccine a year by 2025 for the continent. The investment also supports African scientists expanding genomic sequencing in their home countries through the Centre for Epidemic Response and Innovation’s Genomics Africa Fellowship Africa Programme.

Other investments include Toyota South Africa’s expansion of its production line to produce South Africa’s first locally made hybrid car. This investment was the result of a R2.4-billion commitment made by the company at the second SAIC in 2019.

It has already created 575 jobs at the plant and a further 1 200 new jobs have been created in supplier companies.

Aspen Pharmacare also launched its R3.4-billion expansion, which it announced at the first SAIC in 2018, turning its manufacturing facility into one of the largest global manufacturing hubs for general anaesthetics.

The facility, which has been upgraded with high-technology equipment and manufacturing systems, has the infrastructure to produce over 100 million doses of the Johnson Johnson Covid-19 vaccine.

Despite the most challenging economic environment in the past two years owing to Covid-19, investments in the country have been able to bolster the energy, telecommunications, water and ports and rail sectors. By lowering the cost of doing business in South Africa and encouraging greater private investment in infrastructure development, the government aims to advance the country’s transformation and deliberately pursue its developmental agenda.

Progress has also been noted in the establishment of 13 special economic zones across the country. They provide investors with targeted investment incentives, preferential tax rates and export support, as well as an attractive manufacturing base for companies seeking to supply both local and international markets.

As the most diversified economy in the continent, South Africa remains committed to playing an integral role in the region’s industrialisation, particularly to aid its recovery from the Covid-19 pandemic. It is indisputable that a thriving regional economy after the pandemic holds the aspirations and dreams of all citizens. Countries in the region have the potential and resilience to emerge stronger by mobilising industrial sectors to rebuild their respective economies.

Meanwhile, South Africa cordially invites all potential investors from the region to participate in the upcoming fourth SAIC as we partner in a collaborative approach to build a stronger local and regional economy.

*Williams is the Director-General at the Government Communication and Information System (GCIS).

** The views expressed here may not necessarily be that of IOL.