How the digital economy presents an opportunity for workplace gender equality 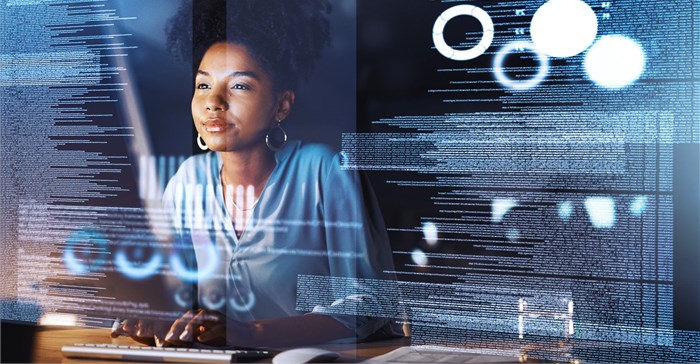 While digital transformation and the increasing demand for fourth industrial revolution (4IR) skills present a massive opportunity for economic growth in Africa, it is also critical to ensure that this growth is inclusive. In particular that it benefits women’s equality in the workplace, rather than harming it.

In context, according to the final draft of the ICT and Digital Economy Masterplan for South Africa, anecdotal evidence suggests that South Africa’s digital economy is growing and contributing anywhere between 2% and 19% to the country’s GDP. Globally, the digital economy is expected to grow to 24% of the world’s GDP by 2025.

“This growth represents both challenges and opportunities for workers. Digitalisation means that, worldwide, women and men in low-skilled, routinised employment face a similar scale of potential job losses, while those in higher-skilled roles face similar gains. The key to realising these gains, at least for skilled women, is digital fluency,” says Leanne Gordge, manager: banking, telco and public sector, SAS in South Africa.

Affirming this, an Accenture report released in 2016 stated that: “At the current rate of digital adoption, developed nations likely won’t achieve workplace gender equality until 2065, and developing nations until 2100. But if governments and businesses can double the pace at which women become frequent users of technology, we could reach gender equality in the workplace by 2040 in developed nations and by 2060 in developing nations.”

“If this 40-year reduction in time to achieve gender equality is to be realised, women will need to be skilled, mobile, and tech-savvy. It is, therefore, critical to encourage and develop digital fluency from an early age for girls. However, there are still challenges to overcome in girls’ education, especially in Africa, to achieve this,” adds Gordge.

For example, the Girls’ Education and Climate Challenges Index, which SAS built with Malala Fund, identifies countries where girls are most at risk of experiencing educational interruptions and predicts lowering of completion rates of girls’ primary and secondary education due to climate change.

The Malala Fund’s report highlights that when natural disasters occur, young female students are often more at risk of educational disruption than their male counterparts. Similarly, when access to water is scarce, girls are most often responsible for travelling long distances to collect water, keeping them away from the classroom. And, when temperatures rise and income-producing agriculture is lost, girls most often leave their schooling behind because families can no longer afford to pay educational fees. Based on the combined indices, the region most affected is sub-Saharan Africa, even though this region contributes the least to climate change.

Melissa Jantjies, business solutions manager: advanced analytics and artificial intelligence for SAS in South Africa, adds: “Another concern lies in automation in productive sectors in Africa, where women’s employment is particularly at risk.”

According to a report compiled for the South African Institute of International Affairs (amongst others): “Studies show that in specific female-dominated industries, technology will reduce jobs. The other misgiving in Africa is that the 4IR, like its antecedents, will further entrench gender inequalities. This is based on the observation that most women are unlikely to benefit from technological advances, as they do not possess the skills to compete in the emerging knowledge economy.”

Jantjies believes that to achieve the approximated 40-year reduction in time towards true gender equality and inclusive economic transformation, there needs to be far more collective focus from governments, educational institutions and private sectors on twin goals.

“The first must be on collaborative special programmes aimed at encouraging more young girls and women to pursue their education and career in science, technology, engineering, and mathematics (STEM) fields. Women have a vital role to play in leadership – in all tiers of society – and in contributing to development and socioeconomic transformation of Africa’s economies. Yet, they are still significantly under-represented in higher education in STEM,” says Jantjies.

Certainly, this is a global issue, where women make up 43% of the world’s PhD graduates, but only 28% of researchers in all fields and only 30% of women in higher education pursue STEM fields. However, in Africa, this under-representation is accentuated by prevailing challenges of educational gaps, skills mismatch, and high rates of unemployment.

The second goal, Jantjies believes, is upskilling and reskilling people for a digital-first and data-driven environment. “In many respects, the pandemic has accelerated digital transformation across numerous markets at a pace that previously may not have been conceivable. This has amplified challenges around skills shortages and mismatch globally – and coupled with remote working trends, it also means that people with highly sought-after skills have more choice on where they want to live and who they want to work for. Together this is compounding the need to retain scarce talent, while establishing special programmes to upskill and reskill people.”

“Interventions are needed to better secure talent pools, now and for the future. Clearly governments, educational institutions and private sectors must make not only a concerted effort but tangible investment in ensuring young women have access to the digital economy if they are not to be left behind. We must ensure they know what skills are required to participate in the 4IR, how these can be applied in a variety of careers, and have access to learning opportunities and the technology needed to enter the digital economy,” concludes Gordge.