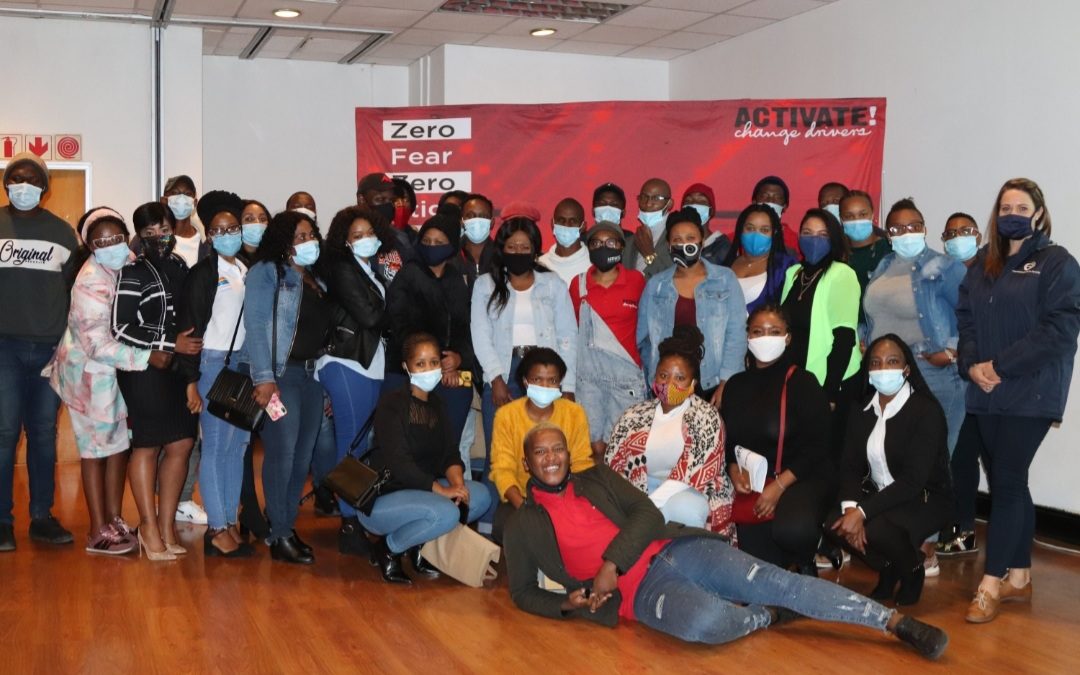 ACTIVATE! Change Drivers, an NGO with a youth network 4,500-strong, recently hosted an Imbizo in the Free State with various stakeholders, including Government, focusing on ‘Youth Leadership and Accountability in Gender Based Violence Response’. The Imbizo aimed to ensure the youth have a voice in decision-making and creating policy in GBVF response; and builds up youth leaders at local level to give input into addressing official response to GBV.

South Africa’s youth, aged 18-34 years make up almost a third of the population of South Africa (about 17 million), presenting the country with an opportunity to harness the potential of the youth in contributing to coming up with solutions to solve societal ills, many of which rob them of a future.

The National Youth Policy 2020 recognises the vital role young people play in building South Africa and seeks to ensure that there are processes and opportunities to allow young people to develop and realise their potential. Despite this, the youth are in fact disproportionately affected by a lack of representation in policy-making and decision-making regarding gender injustice, socio-economic injustice and gender-based violence in the country, says Nkokheli Mankayi, Activate Project Coordinator: Gender, Justice and Equality.

Dialogue centered around the intent to build the capacity of young people to enable them to lead the promotion of gender justice and equality in South Africa; and find innovative ways for youth leaders to be more involved in decision making structures. Activate wants to facilitate an advocacy campaign around youth representation in decision-making and policy-making structures in addressing gender-based violence and equality. As the Deputy Minister, Prof Mkhize, pointed out, the youth needed to share their own lived reality of what happens in their own communities, with all the stakeholders.

Activate says South African society has not taken young people seriously enough when they have already demonstrated their strong potential to act as a catalyst towards a collective future not characterised by rampant violence, conservatism, and an unequal sharing of power.

“Young people are contributing to the resilience of their communities, proposing innovative solutions, driving social progress and inspiring political change, in urban as well as rural contexts. The potential has been seen through their activism and organising related to gender inequality, gender-based violence, and making feminist change possible,” says Mankayi.

Activate wants Government to see young people as a major human resource for development, and as key agents for social change, economic expansion and innovation. Their imagination, ideals, energy and vision are essential for the continuous development of society.

Issued on behalf of ACTIVATE! Change Drivers by Catalyst Communications