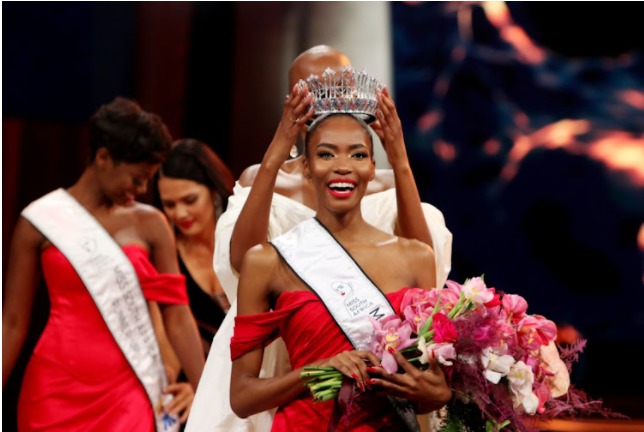 The department of sports, arts and culture has announced its withdrawal of support to Miss SA pageant after disregarding the advice against partaking in the Miss Universe scheduled to be held in Israel next month.

The department made the announcement on Sunday afternoon. The announcement follows the mounting calls and outrage by local and international organisations over Miss SA’s refusal to boycott the Miss Universe  Israel alleged atrocities against the Palestinian people in the Middle East.

The department said it had tried to engage the pageant organisers but the talks did not yield any fruitful results.  The department said during its initial consultations with the pageant the talks were promising and there was progress. It said  it was later met with an unpleasant demeanour that is intransigent and lacking appreciation of the potential negative impact of such a decision on the reputation and future of a young black woman and reigning Miss SA Lalela Mswane.

Minister Nathi Mthethwa explained in a statement that the reasons that require withdrawal outweighed the individual interests. “If anything, by withdrawing, Miss SA’s reputation and overall standing will be far more advanced in SA and internationally in comparison to a once-off event that can prove disastrous to her future and public standing as a young, black woman,” Mthethwa said.

“Our first preference was to try and find each other so as to issue a joint media statement. This has regrettably been unsuccessful, hence the decision now to publicly distance government and the people of SA from Miss SA pageant organisers’ stance on this matter. But even so, we still hope some common sense will prevail in the interest of the reigning queen, Lalela Mswane, and we remain open for discussions in that regard.”

The South African Jewish Board of Deputies reacted to the move, stating it “believes that closing doors merely isolates us from contributing and any contribution we can make to finding peace in this country.  What better opportunity for a South African to be part of an event where she can connect with 70 countries around the world, including many Arab countries, in sharing our story of dialogue and peace-building?”