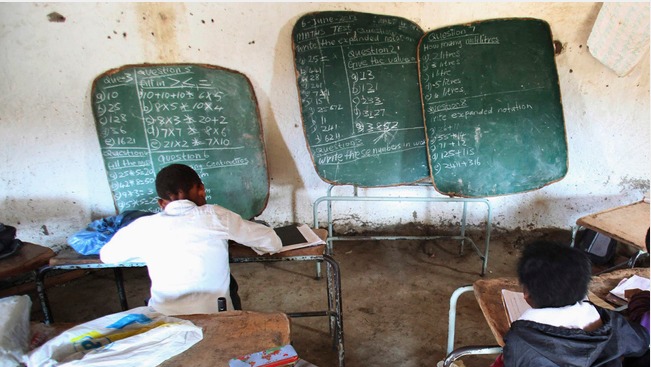 Cape Town – The Department of Basic Education wants to build more schools, repair those damaged during the storms and eradicate some of the mud schools.

Over the years the department has come under fire for mud schools in provinces like the Eastern Cape.

Finance Minister Enoch Godongwana also announced in his Budget that provinces have been given R24.6 billion to pay teachers.

In the Estimates of National Expenditure it is stated that the infrastructure grant to fix schools is R47.4bn or 51.8% of the department’s total budget over the next three years.

“The department is committed to improving the physical infrastructure and environment at every public school in the basic education sector. To this end, spending on the education infrastructure grant and the school infrastructure backlogs grant in the planning, information and assessment programme accounts for an estimated 51.8% (R47.4bn) of the department’s total budget over the medium-term expenditure framework (MTEF) period.

“The education infrastructure grant is allocated R38.8bn over this period, including an additional R470.5 million to repair school infrastructure damaged by storms in KwaZulu-Natal. Funds from this grant are transferred to provinces as a supplementary conditional grant to help accelerate the construction, maintenance, upgrading and rehabilitation of new and existing infrastructure in the basic education sector,” according to the Estimates of National Expenditure.

It added that a number of schools would be fixed from the infrastructure backlogs grant.

“Funds from the school infrastructure backlogs grant are intended to provide schools with water and sanitation, and to replace schools constructed with inappropriate materials such as mud.

“Over the medium term, R6.7bn is allocated to the grant to build 30 new schools, provide water to 50 schools, and to provide safe sanitisation to 450 schools. These projects are set to be completed by the end of 2022/23, after which the school infrastructure backlogs grant will be incorporated into the education infrastructure grant,” the document stated.

In his Budget speech Godongwana said the government was aware of the plight of teachers and more money was being allocated to pay them.

“In this Budget, we are adding R24.6bn for provincial education departments to address the shortfalls in the compensation of teachers,” said Godongwana.