Gender-based violence has always been the ‘first pandemic’ for Vodacom 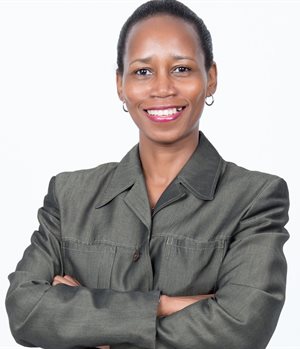 When President Cyril Ramaphosa called gender-based violence (GBV) the ‘second pandemic’ in South Africa, the simmering issue was finally acknowledged as a national crisis. However, for Vodacom, GBV has always been the ‘first pandemic’ and the company has not just spoken out about it during Women’s Month, or the 16 Days of Activism against Gender-Based Violence, but at every opportunity.
South Africa has one of the highest levels of intimate partner violence in the world, with as many as 51% of South African women experiencing such violence, according to the 2021 Human Rights Watch Report. And while it is gratifying that the issue is finally being taken seriously at a policy level – with Vodacom playing a role in shifting the national discourse and trying to change behaviour – there is much more that needs to be done.

Vodacom has long been committed to empowering women, both in and beyond the workplace, and it has rolled out a few programmes to support female employees, including a domestic violence policy to support employees affected by domestic violence. Within communities, the Vodacom Foundation is committed to fighting GBV as part of the gender empowerment programme it started back in 2013. This programme operates within the context of both local and global commitments, including UN Sustainable Development Goal 5, which focuses on gender equality.

Providing support to women who experience GBV was a primary concern when the Foundation partnered with the Department of Social Development (DSD) in 2013 to set up the Gender-Based Violence Command Centre (GBVCC) for women experiencing violence and abuse. Vodacom provided the infrastructure for the GBVCC, since technology is part of the company’s core capability. The GBVCC, is part of a multi-pronged strategy to eradicate violence against women, and focuses on prevention, response, and support for survivors.

Because the GBVCC sits within the portfolio of the DSD, it functions as a helpline for everyone from matric students anxious about their results to at-risk women seeking information about GBV. As such, it is an important tool that not only supports vulnerable women but also collects valuable information about GBV across the country – for example, social workers know which provinces receive the most calls, and which types of abuse are most frequently reported. In this way, it is possible to assess trends, helping government and civil society to tailor their interventions accordingly.

Another vital intervention is the Bright Sky SA mobile app, launched in November 2020, which is currently available in English, isiZulu and Sesotho. This risk assessment and awareness tool, which Vodacom has zero-rated, not only helps victims of abuse – it also educates the general population about GBV, helping them to understand when women are at risk. Although the app protects user privacy, it can pick up a user’s location and provide a list of support services in their area.

In February 2021, Vodacom pledged a R10m to help fund a multi-sectoral Gender-Based Violence and Femicide (GBVF) Response Fund 1, which will broadly support the wider GBVF response.

In partnership with the DSD and the National Shelter Movement of South Africa, Vodacom has helped to train more than 1 400 GBV survivors in shelters with basic ICT skills like how to use the internet, create a CV, look for a job or draw up a business plan. In this way, survivors have gained skills they can use to become financially independent and are thus less likely to return home to an abusive spouse or partner.

During the Covid-19 crisis and lockdown, there was a significant increase in calls from women and children confined in their homes and seeking urgent help. Of the 180,909 calls, SMSs and USSDs calls received in 2020, 6,729 were GBV-related, as against 1,846 in 2019 (when a total of 96,629 calls, SMSs and USSDs were logged). The GBVCC has therefore played a key role in GBV prevention and response, offering counselling to both survivors and perpetrators of GBV.

While one cannot celebrate the reason behind the increased number of calls during lockdown, it is encouraging that so many people have used the service and are willing to speak out against violence and abuse. In a country in which femicide is five times the global average, it is important to be part of the solution, and the Foundation is playing an ever-more active role. The Foundation also donated personal protective equipment to the GBVCC to help the increased number of social workers hired to field a larger number of calls during lockdown.

Men are not excluded from Vodacom’s efforts in the fight against GBV – in fact, in 2019, the company rolled out its l ‘Be the Light’ campaign, which calls on men to be change agents and play an active role in stemming the GBV tide. Vodacom has held a number of dialogue sessions internally and externally looking at the role men play in perpetuating but also ending GBV. Encouragingly, men within Vodacom have come forward to ask how they can help, and the trend towards men holding other men accountable is a welcome one.

Looking ahead to the future

Digital technology has become a positive enabler in the GBV crisis, making it easier for women to get the help they need, and augmenting the response of law enforcement agencies. GBV is a scourge that is costing future generations and impeding economic progress in the country – not to mention the fact that it costs between R28bn and R42bn a year to fight. Vodacom will continue to support and empower women, and will be taking the GBV conversation into schools this year, rolling out psychosocial support for teachers and learners.

We have a long way to go as a country, but we are moving in the right direction – and Vodacom plans to use technology to make a truly meaningful difference to women.