Farming: Rural women doing it for themselves, and their neighbours 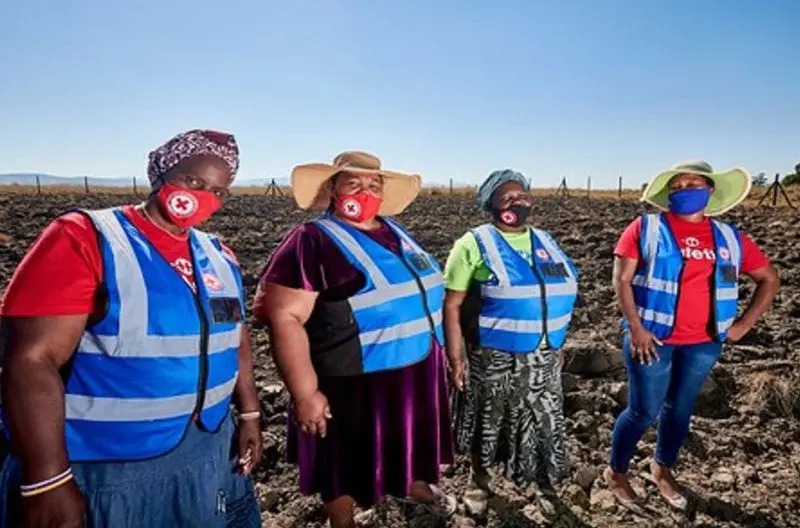 Seven women in Obanjeni in Northern KwaZulu-Natal were honoured on International Day of Rural Women for teaching other women how to become self-sufficient through farming.

The United Nations’ International Day of Rural Women celebrates women and girls living in rural areas on 15 October each year. It recognises the role rural mothers, daughters and grandmothers play in farming to produce food and in agricultural development worldwide.

Rural women recognise that overcoming the challenges of hunger and poverty is a responsibility that cannot be left to government alone. They continue to be the drivers of farming and rural development in their communities and are also in charge of implementing grassroots social relief programmes.

It was with this role in mind that Tongaat Hulett commended the seven women under Inkosi AV Zulu of Obanjeni, who took it upon themselves to take action against the social ills confronting their community. The women are Nokuthula Mkhize, Thembi Jele, Sibongile Ngema, Zandile Mdluli, Bongumusa Ngema, Gugulethu Ngema and Eunice Mtshali.

They volunteered their time to support individuals and households that did not have capacity to deal with the day-to-day challenges of life.  The Obanjeni door-to-door support programme grew from assisting one family to supporting 125 households that had experienced hardship due to poor health and the head of the household being unemployed.

With the assistance of various government departments, the Obanjeni women established an after-school support programme to ensure that no child in their community went to bed hungry. They prepared meals for children from socially-challenged backgrounds. They also assisted 125 households to establish food gardens under the One Home One Food Garden programme, reducing dependence on food parcels.

In 2020 the Obanjeni women formalised themselves into an Ithemba elihle food security cooperative. With the assistance of Siyazisiza Trust, the cooperative planted imbuya which is a rough pigweed and using Siyazisiza Trust’s established trading channels, exported imbuya to overseas markets.

Their export experience motivated the women to secure additional agricultural land to expand their activities.  They approached the Red Cross Society and Tongaat Hulett for assistance.  Tongaat Hulett was able to assist with funding for the following activities: land preparation, fencing of the two-hectare plot as well as securing of the services of a consultant to assist the project members with the actual planting of mealies and butternut.

The Department of Agriculture and Rural Development provided seedlings and fertiliser and appointed an extension officer to provide advice and support.

Thembi Jele said that before participating in the project, she had been dependent on her neighbours for survival.

“Through my participation in the project, I now have hope for the future.  The project has assisted me to improve the economic wellbeing of my family.  Through the planting of imbuia, our names are known worldwide,” she said.

Nokuthula Mkhize said rural women recognised that they had the power to uplift their families and those around them through farming.

“Through the project, particularly agricultural activities, we have been able to create conditions to propel other rural women to extricate themselves from household food insecurity,” she said.

Nkonzo Mhlongo, Corporate Affairs Executive at Tongaat Hulett, said: “We recognise and salute the Obanjeni women for their role in teaching other women in their community how to fish.  This will ensure that all women touched by the project are be able to take care of their families for a lifetime.”