Eskom ’eases’ load shedding to Stage 3 from Wednesday until Friday 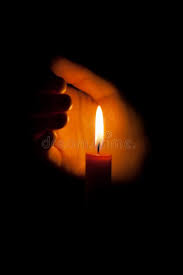 Eskom has eased load shedding to Stage 3 from Wednesday until Friday.

The power utility had announced Stage 4 load shedding from Monday until at least Friday this week.

Eskom said Stage 2 load shedding would be implemented until 5am on Saturday.

The struggling power utility that has hit the country with Stage 4 load shedding said its emergency generation reserves have shown progress over the past two days.

“Load shedding will be reduced to Stage 3 from Wednesday, November 10, until 5am on Friday.

“Thereafter Stage 2 will continue as previously communicated until 5am on Saturday, November 13. It is necessary to continue with load shedding in order to fully replenish the emergency generation reserves,” Eskom said.

The total breakdowns currently amount to 12 709MW while planned maintenance is at 6 164MW of capacity.

Eskom has also urged its customers to continue to reduce the use of electricity in order to assist it through constraints.

It said communication will be sent out promptly should there be any significant changes to the power system.

On Monday, Eskom announced the implementation of Stage 4 load shedding from 1pm on Monday until 5am on Friday, and thereafter, Stage 2 load shedding would kick in until Saturday.

It said a unit each at Majuba and Arnot power stations tripped while a single unit at Matla was forced to shut down.