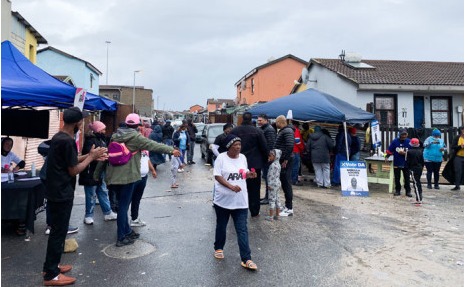 Residents in Cape Town said they voted for change and for better and safer communities for their children.

CAPE TOWN – Millions of South Africans made their way to the polls on Monday to cast their vote in the local government elections.

Residents in Cape Town said that they voted for change and for better and safer communities for their children.

From Mitchells Plain to Constantia people braved the cold and rain, some wearing jackets and holding umbrellas, to make their voices heard.

“I would like to see things change for a better and a safer environment for my children,” said a Cape Town resident after casting her vote on Monday.

Another voter said that they voted “so the government can come and protect us and see that our children are safe”.

A woman said that she wanted those in charge to fix the sewerage pipes and check the water accounts.

Voting stations closed at 9pm on Monday night and results are trickling in from all over the country on Tuesday morning.