A successful land reform programme cannot be achieved without partnerships, access to affordable finance and buy-in from all stakeholders

25 May 2021: Land Reform – There is a growing body of evidence that shows that strategic partnerships and alternative funding models are necessary for a successful land reform programme that will stimulate the rural economy and extricate millions of people from the clutches of poverty. 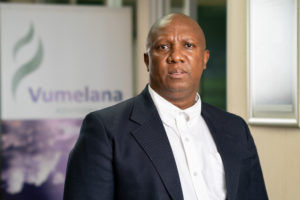 “The success of land reform depends on sustainable partnerships and the implementation of alternative and inclusive funding models , especially given the pressure that the Covid-19 pandemic has placed on the fiscus,” comments Peter Setou, Chief Executive of the Vumelana Advisory Fund (Vumelana), a non-profit organisation that helps beneficiaries of the land reform programme to make their land profitable.

Setou notes that since 1994, South Africa has been saddled with implementing a land reform programme. There has been growing criticism of the painfully slow pace of the land reform programme and concerns that the initiative is being usurped by political elites at the expense of poor rural communities. This has been compounded by the impact of the Covid-19 pandemic.

Setou argues that, “There is a need for the government to explore alternative funding models and partnerships as part of the broader solutions to addressing current land reform challenges. There is a strong case for partnerships in land reform; we have seen this work and have observed some of the challenges, drawn lessons from these, and continue to improve the model to ensure that it yields sustainable results.”

Through its Communal Private Partnership (CPP) model, to date Vumelana has facilitated 20 partnerships between land reform beneficiary communities and private investors. These transactions have a potential to put approximately 70 000 hectares of land to productive use, benefitting just over 20 000 beneficiary households.

“Some of these successes include the Moletele CPA in Limpopo, where communities working together with private investors have been able to create employment for communities through land acquired through the land reform programme. Other success stories include the Ebenhaeser CPA partnership with the Stellar Group. This is one of the large land claims to be settled  in South Africa, which is approximately ±18,283 hectares of land near Vredendal in the Western Cape. The partnership has opened export opportunities for the local community, created employment for community members and a source of income for beneficiary households.”

Through its partnership with the Stellar Group, the Ebenhaeser CPA has secured a deal to export pumpkins to the Netherlands market. The partnership has also enabled the community to produce cash crops, which include tomatoes and beans, for the local market.

Basal Nefdt, project mentor in business development for the Ebenhaeser CPA, explains that, “The community includes just over 600 young people, 250 of whom are unemployed. In efforts to address the high unemployment rate among youth in the area, the Ebenhaeser CPA has also registered two youth cooperatives that aim to create employment through the cooperatives, with opportunities currently varying from agriculture to brickmaking projects run by the youth. An estimated 10 hectares of land have been allocated for various projects to support some of these youth initiatives and other agricultural projects.”

The Stellar Group and the Ebenhaeser CPA are classic examples of what the country can achieve with the land reform programme if such tried and tested models are implemented at scale.

“Properly structured partnerships between private sector players and land-owning communities can not only ensure productive use of restored land, but also address critical challenges facing communities, such as skills, youth unemployment and poverty,” says Setou.

“Tourism and agriculture are capital-intensive businesses. Beneficiary communities that receive land suitable for tourism or agriculture need to be provided with post settlement support and must have access to affordable finance in order to get projects off the ground. Setou further highlights that of the 3 legs of land reform, land tenure remains the least developed. Challenges related to this must be urgently dealt with to ensure that the plight of farm workers and people living in land administered by traditional authorities is addressed.

He adds that all stakeholders in the land reform programme should have a vested interest in the success of the programme.

“Our experience in working with CPAs has demonstrated that if beneficiary communities do not have the skills and the knowledge to farm or use the land, they will fail. It is not the sole responsibility of the government to ensure that skills are transferred to beneficiaries of land reform,  it is also the responsibility of those who have been farming that land to support and make sure that communities succeed, because if communities fail, we all fail.

A successful land reform programme can be a catalyst to the development of an agriculture led manufacturing sector that can absorb millions of unskilled and low-skilled black South Africans. This will not only foster food security, but it will also help to create much-needed jobs, reduce poverty levels and revive the rural economies,” says Setou.