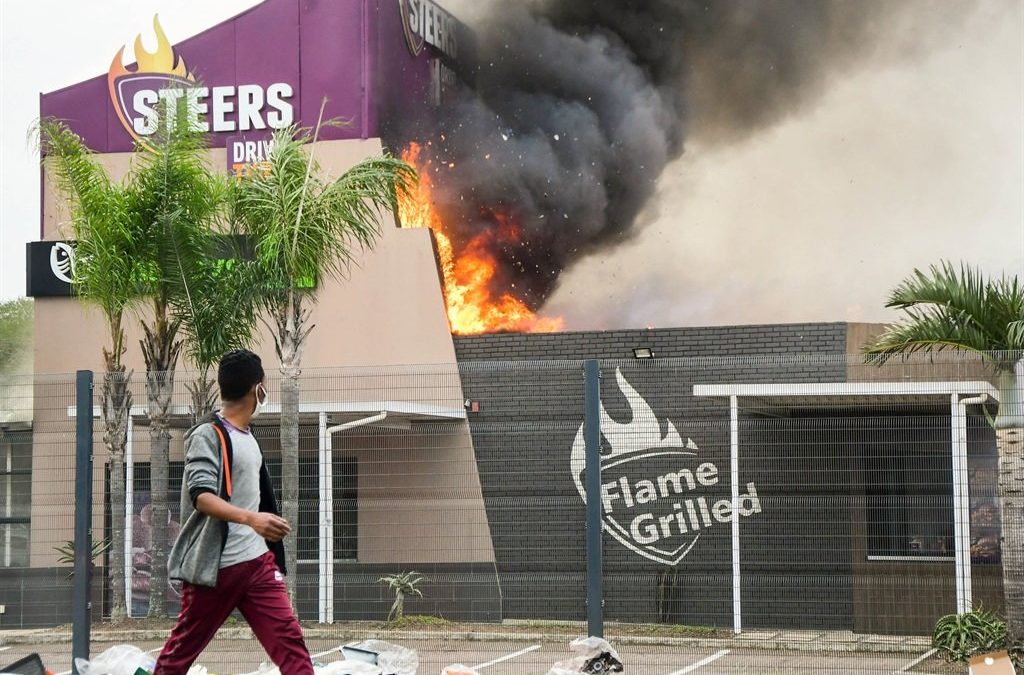 “I didn’t expect this small act of kindness to reach so many people. I am proud and overwhelmed,” says RebuildSA Facebook group founder Emelda Masango.

Masango, from Soweto, Johannesburg, started the group to match volunteers with people requiring assistance, following the looting in Gauteng and KwaZulu-Natal over the past days.

Created only on Tuesday, the group already has 26,788 members. Masango said she is “excited to see that so many people care about South Africa”.

The group was born from Masango’s post on another Facebook group used by young entrepreneurs called ‘I Know A Guy’ (IKAG). In her post, Masango volunteered to help clean up at businesses that had been looted.

“I haven’t been going to work because the place where I work is closed for now. So I decided, instead of just sitting at home, I would volunteer to help,” she said.

Masango’s post sparked an “overwhelming wave of positivity,” said Mbali Ndhlovu, IKAG founder. “All sorts of businesses started offering their help. We had an engineering company offering to help, an electrician offering to help and people who offered to donate money,” said Ndhlovu.

Ndhlovu said what began as a post on IKAG became a whole new group.

Prenessan Naidoo, who works in logistics, has also volunteered his services to the group.

“I stumbled upon the group on social media and wanted to help where I can. After speaking to my family members in KwaZulu-Natal, I realised that a lot of people want to buy things to donate to those in need, but they can’t because shops are either closed or destroyed,” he said.

Naidoo and other volunteers from the group decided to collect food and other basic necessities through donations and a collection drive. The goods will be sent to communities in need in KZN.

Because of road closures, it is difficult to move goods using “road freight services”, said Naidoo.

He has made contact with airlines to find out if they would be willing to deliver the cargo from Johannesburg, where Naidoo is based, to KwaZulu-Natal.

“At the moment, there is one airline that has come back to me and said they’re willing to help,” he said.

Volunteers on the RebuildSA group have also offered to donate personal protective equipment.

Other initiatives include asking people to help clean up at Jabulani Mall and at some shopping centres in Alexandra which have been looted.

“I have never seen anything like this. In just 24 hours, we have 3,000 people who have registered as volunteers using the Google Form that we have set up. Just under 100 affected businesses have registered for help. It’s incredible, ” said Ndhlovu.

Ndhlovu said they are also collaborating with other organisations to provide mental health support and trauma counselling for people who are struggling to cope. Some volunteers have offered yoga and meditation sessions on the Facebook group.

“I really just wanted to inspire hope and to help where I can. It is incredible that so many people share a similar vision. We are really seeing the spirit of Ubuntu,” said Masango.

“Even as the violence continues, we have to do what we can to inspire hope.”

Click here to register as a volunteer: RebuildSA – Volunteers Group