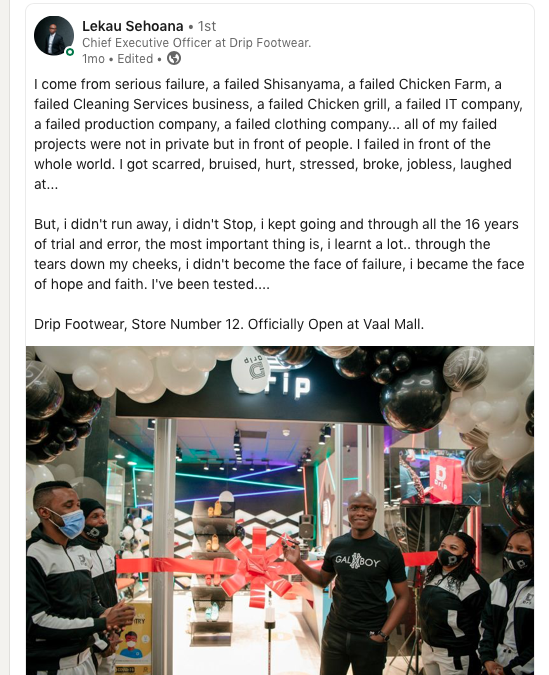 #MotivationMonday – today’s lesson is to never give up, your breakthrough is near. In the month of June Mr Lekau Sehoana, the Founder and Chief Executive Officer of Drip Footwear posted on LinkedIn his story – A screenshot of the post has been included. He mentioned how he comes from serious failure and all failures in front of the whole world. Today he owns Drip Footwear, a successful sneaker brand, a brand that is dedicated to working with customers to design the future. The moral of the story is that nothing beats persistence!

“Nothing in the world can take the place of persistence. Talent will not; nothing is more common than unsuccessful men with talent. Genius will not; unrewarded genius is almost a proverb. Education will not; the world is full of educated derelicts. Persistence and determination alone are omnipotent. The slogan “press on” has solved and will always solve the problems of the human race.” –Calvin Coolidge

Job seeking is not an easy task but one thing is for sure, things will get better, one way or another if you keep pressing on!