The social crisis of unemployment is hardwired into the fabric of our neoliberal, capitalist economy 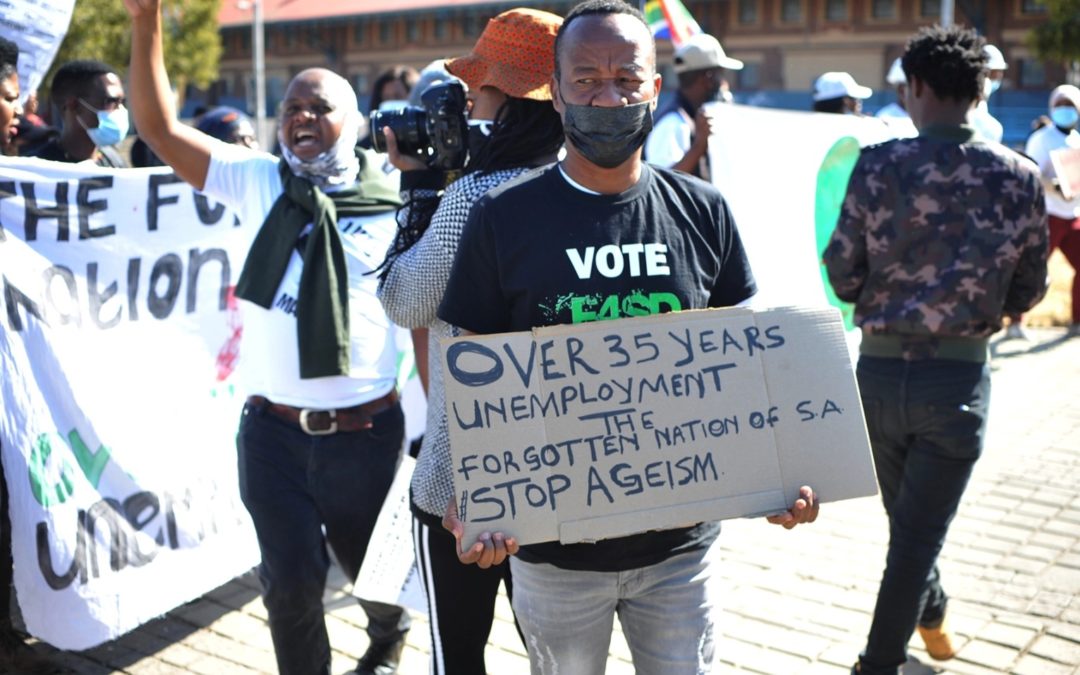 If capitalism is incapable of solving unemployment in times of much more rapid ‘growth’ than usual such as at present, can we harbour any illusions that it can create jobs in times of bursting bubbles and crisis that inevitably lie ahead?

The latest unemployment statistics prove once again that social crisis is hardwired into the DNA of a capitalist economy. Both the capitalist enterprises and neoliberal strategists use unemployment for the preservation of their own interests.

In the second quarter of 2021, the expanded unemployment rate – including people who have given up looking for work – rose to 44.4%, or nearly 12 million.

Major contributors are fresh job losses from April-June (54,000), the new wave of entrants to the working age group, and those transitioning from educational training to seeking employment (combined, a total of 530,000). This means that in addition to shedding jobs, the economy cannot create additional jobs for those who join the labour force.

But what did we think?! If capitalism is incapable of solving unemployment in times of much more rapid “growth” than usual such as at present, can we harbour any illusions that it can create jobs in times of bursting bubbles and crisis that inevitably lie ahead?

Losses of employment in the second quarter of 2021 occurred in the financial sector, manufacturing, and community and social services.

Though it is now considered by far the largest component of the economy at more than 20% of GDP, our financial sector shed 278,000 jobs between April and June. Though the bankers, insurance and estate agency firms blame Covid-19, the truth is that the financial sector had started aggressive retrenchment even before Covid-19.

In July 2021, these commercial banks announced that they are on a hiring spree. But hiring 300 high-tech skilled people is not a “hiring spree”. Perhaps this publicity was meant to sow illusions about the intent and attitude of these banks about job creation. Looked at closely, the high-tech jobs created in these sectors feed into a digitalisation programme that annihilates other traditional jobs in the sector.

But digitalisation and rationalisation in the banking sector is not because these financial institutions were making losses. PwC reported in 2019 that the four major banks had made average profits of between R42-billion and R46-billion from 2017 to 2019. Given their higher earnings, it means they carry out retrenchments for the purposes of maximising profits.

The excessive weight of the extractive export-oriented economy and lack of import-substitution industrialisation are primarily responsible for the decline of the manufacturing industry. Local products cannot compete with the cheaper imports, and this drowns the local manufacturers, especially in times of an artificially strong currency – up from R19/$ in April 2020 to R14-15/$ over the past 10 months – because their products are therefore more expensive.

Our export-oriented economy still rests on an extractive industry that takes our legacy wealth – minerals – from the ground, and exports them with very little value added in a classical neocolonial arrangement with an unfair global capitalist system. This weight is wasting the potential expansion of the manufacturing sector.

Government is responsible for most of the formal sector within what has been termed the community and social services components of the economy. But in spite of the terrible social crises that have worsened due to Covid-19, unemployment in the community and social services rose from April-June. Just at the time of greatest need for social solidarity, 151,000 jobs were shed, which we trace to budget cuts imposed by the Treasury.

By 6 April 2021, about 24,000 posts went unfilled in the education sector, even though we need more teachers. Though Minister Angie Motshekga committed to Parliament that some of these posts will be filled, that process is certainly snail-paced. For instance, KwaZulu-Natal has 6,114 unfilled posts as of 19 August 2021. If we juxtapose this with the 7,274 unfilled posts as reported by Motshekga in April 2021, it means KZN’s Department of Basic Education only filled 1,160 of the 7,274 vacant posts.

Public health is facing the same austerity, in spite of pandemic conditions that require far greater medical support for a desperate citizenry. Despite one of the worst doctor-to-patient ratios in the world, graduate medical doctors had to force, through courts, the government to enroll them in the mandatory internship programme in order for them to become fully practising doctors.

Similarly, the police and social development departments have unfilled posts, and because of budget restraints, they cannot create new additional posts. Crime is rising at an alarming rate, and our mental health crisis and dysfunctional working-class families have made psycho-social services more crucial.

Unemployment in the public sector is worsening due to budget cuts which are being carried out because of Treasury’s dogmatic neoliberal ideology. Neoliberal monetary and fiscal policies impede the public sector. Suffering artificial revenue shortfalls due to low taxes for corporations – which have fallen from 52% to 27% the past three decades – and due to high debt payments due mainly to very high interest rates, the state is not filling existing posts or creating new ones to correspond with the increasing demand for public services as a result of population growth.

The Nids-Cram study showed that 750,000 pupils quit school during the pandemic as learning conditions became intolerable. Most of these pupils, well above 15 years, have joined ranks of the youth that are “not in any form of employment, education and training (Neet)”. Hence, the Neet category between the ages of 15 – 34 is at a record high.

But for the basic education system to bleed 40% of its pupils through drop-out speaks to its systemic faults, most of which are underpinned by budget cuts: understaffing of schools, lack of resources, shortage of infrastructure and inability to effectively roll out inclusive education.

Those who make it to matric successfully are excluded from furthering their education and obtaining skills training because of financial exclusions. Recently, 150,000 prospective tertiary-level students were denied by NSFAS, the student financial aid scheme.

Beyond a shadow of doubt, we can conclude that the prospective students rejected by Nsfas and a portion of those 750,000 who dropped out of schooling contributed to the ballooning unemployment rate. Stats SA confirms that 51.5% of unemployed people do not have matric, and 38% have matric only. Less than 11% of the unemployed have at least tertiary training.

This means, beyond failing to fill vacant posts and creating new additional ones in the public services, government’s commitment to neoliberalism contributes to unemployment in other ways: mismanaging of the education system leading to drop-out of learners and excluding young people from institutions of higher learning.

What these conditions require is nothing short of a socialist transformation, but en route we must all unite to demand that even a capitalist state like South Africa must stop sabotaging citizens at every step when they make reasonable demands on the government.